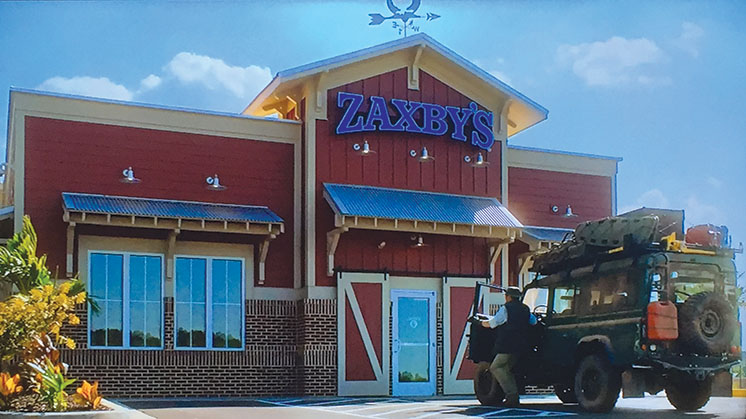 Rule #2 – If your Sighting doesn’t really surprise you, it won’t surprise us, either — thus we can’t award you a mug. We’re delighted, but not surprised, that Land Rovers appear in British television programs, British publications, films with British themes and media covering African safaris. You shouldn’t be surprised, either, and should consider another way to get a coffee mug.

Rule #5 – Sightings that are Land Rover references in books go to our Literary Land Rover editor for a mention, but only when space permits.

Rule #6 – Psst… email submissions — remember we can’t send a mug by email. Send us your real name and shipping address, too. (To assure your privacy the magazine does not have access to Rovers North customer information.) 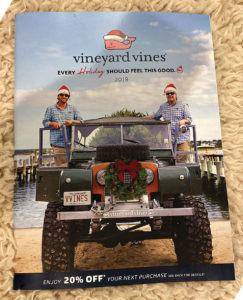 Articles, whether in print or online, benefit greatly from the presence of a Land Rover. Karen Sindir, Santa Rosa, CA, noted that a Vogue article on wine country tours highlighted the “vintage Land Rover Defender” that will transport you around the Newton Vineyard. Jason Sheehy, Mt. Sterling, OH, spotted a “very small” Defender 110 in an Allegiant Airlines Sunseeker magazine article on Tampa/St. Petersburg. PT Schram, Churubusco, IN, saw what looked to be a 2020 Defender in an article in the UK’s Daily Mail. Jane Barrett, Plainfield, ON, reported that two articles in the Daily Telegraph feature the Range Rover. Kathy Tyson, Grimesland, NC, enjoyed seeing “Land Rovers everywhere” in an issue of The English Home. Chris Sand, Lebanon, NJ, noted the Land Rover in a Hemisphere magazine (United Airlines) article on Australian wines. 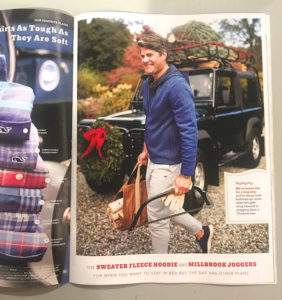 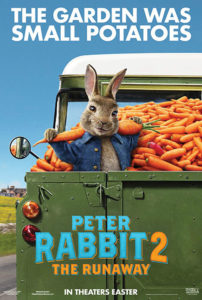 Movies, TV and videos feature Land Rovers often. Jane Barrett, Plainfield, ON, spotted a Series I in a Tom Waits video of his song, “Earth Dies Screaming”. She noted that the new James Bond film, No Time to Die, includes new Defenders; the trailer for Peter Rabbit shows a RHD Land Rover pickup. Loic Fabro, Herndon, VA, saw the Samsung feed with shots from the same film. Kimberly Bufton, Galveston, TX, Rob Wollschlager, Omaha, NE, and Brent Lane, Saco, ME, spotted the Land Rover prints adorning a wall in an Urban Oasis giveaway on HGTV. Jason Sheehy, Mt. Sterling, OH, loved the movie The Informant, especially because of the Range Rover Classic LWB in it. Jeremy Vimislik, Seattle, WA, enjoyed seeing the Defender 110 in an episode of Kings of Pain on the History Channel. Christopher Snow, South Plymouth, NY, enjoyed seeing a Discovery I like the one he used to own on a National Geographic program.

Scott Just, Berkley, MI, shared photos of a Series Rover used as a viewing platform at the Detroit Zoo. Jane Barrett, Plainfield, ON, saw an ad for ZeLus Beer, whose bottle label features a Series III with a bicycle mounted on the roof. Andy Estep, Dupont, WA, enjoyed receiving the British magazine, Commando, with stunning drawings of Series I and Series II’s in the story panels. Mark Hollahan, Jacksonville, NC, enjoyed seeing the Defender fording a swollen river in a Boy Scout training module. John Dillingham [See Rule #6] noted that when Bing wanted to draw attention to “All the five cylinder engines,” they chose to use a photo of a Defender.