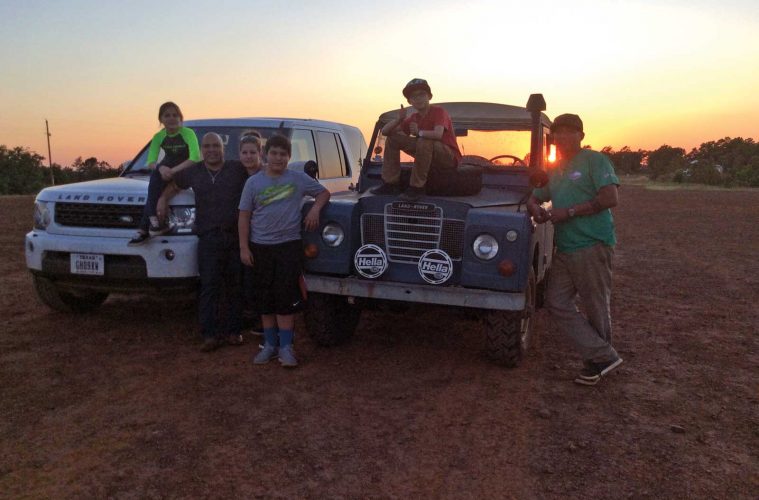 Letters to the Editor: Summer 2016

I wanted to thank you for the mention of our family in the evening sunset picture with our LR4 and Series II-A on the Rovers North Facebook page. We enjoyed our time with other Rover enthusiasts during the SCARR. My wife Kathy enjoyed it so much we will be back again next year! Thank you and everyone involved in providing such a great event. Hope that Jeff Aronson had a safe trip back to his little island back up in Maine.
Eddie Sanchez
San Antonio, TX 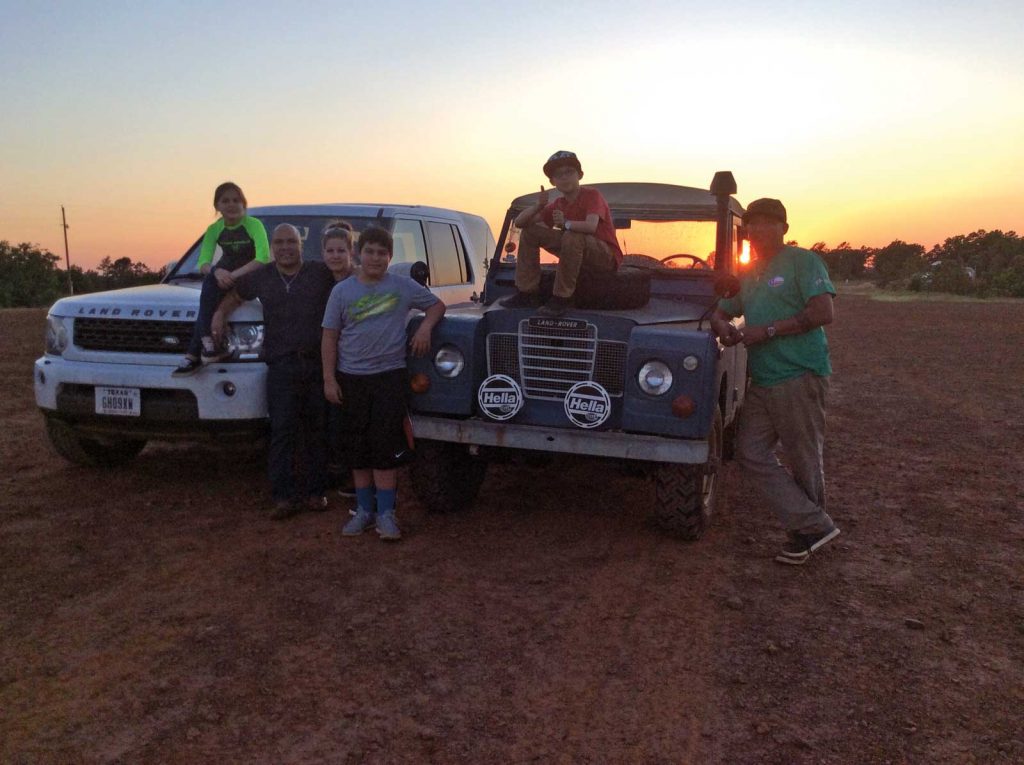 [Eddie, it was a pleasure to meet you and your family. Thank you, too, for letting me drive your Series III at SCARR. I hope you like the coverage of the event in this issue -ed.] 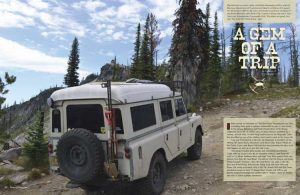 Dear Rovers North,
I read the story in Rovers Magazine called “A Gem of A Trip”. I would like to be able to get in touch with someone from their club. I have a Series II-A, which has been mine for 27 years and been in Montana for 26 years. I didn’t know that there was a club in Helena, MT. Could you please send my email on, or my cell phone number to someone in their club—or give me a contact number in which I could contact them?
Scott Kiser
Polson, MT

[Scott, your contact information was forwarded to correspondent Paul Driscoll. Readers would enjoy hearing about your 27-year life with your Land Rover -ed.] 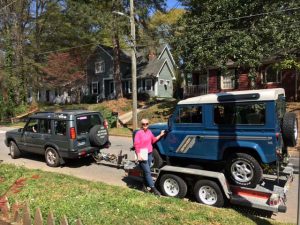 Dear Rovers North,
I visited your website hunting for some stuff
for Elsa, our 1986 RHD Land Rover 90. I bought Elsa from a chap who is relocating back to the UK. Her younger sister, a 2004 Discovery II, towed Elsa from Atlanta, GA through South Carolina, North Carolina and back up to John- son City, TN. I was asked, “Are they both yours?” Of course they are: you adopt Land Rovers, you don’t trade or sell them!
Susan Andrews
Johnson City, TN

[Take good care of Elsa in the Wilds of Tennessee —ed.] 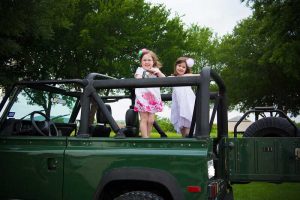 Dear Rovers North,
First, I wanted to thank Jeff Aronson for his advice on the trails at SCARR and for being so nice to my daughters Lauren and Kaitlynn. When I explained to them what your job is, they were both completely fascinated and thought it was really cool that you get to travel and write about such fun stuff. My oldest already wanted to be a writer, but this opened her world up even more to the idea of adventure writing. That was the topic of conversation the whole ride home. It was a pleasure meeting you and I look forward to seeing you again next year, and the year after that.
Mac Nieto
Dallas, TX

[It was a pleasure to meet you and your family, and to enjoy off-roading with you! -ed.]

Dear Rovers North,
Do you sell complete new frames? I am looking for a new frame for my 1972 Series III 88” Land Rover. Is shipping possible?
Rob McGregor
Halifax, NS, Canada

Dear Rovers North,
I have a 1962 Series II-A Land Rover on which I’m rebuilding the 2.25 L engine. I need the main rod bearings in the 0.10 size. Please confirm if you have them.
Marcos González Fuentes
Guatemala

[Marcos, thanks for contacting Rovers North for your rebuilding needs. We enjoy working with customers from Central American countries. The part number is PLE 548 and the cost will be $49.95 plus shipping -ed.]

Dear Rovers North,
I have purchased from you over the years and I am just starting a 1994 Defender 110 restoration project, vehicle #264/500. I would really like a current catalog if you could.
Dick Lavanture
Traverse City, MI

[Dick, we’re quite envious of your recent Defender 110 purchase, although we would note that technically all the NAS Defender 110’s were 1993 models. To make certain you receive the new Defender Parts Guide, go to RoversMagazine.com to sign up for your copy -ed.]

Dear Rovers North,
We enjoyed a recent article on the world’s most Royal Land Rover enthusiast, and we quote, “The Queen loves to drive around Windsor Castle and does her own driving… in a Land Rover. And… “She has always preferred manual to automatic.” Joanna, my wife, also saw Princess Anne driving a Series Land Rover, while on tour of her estate in the Cotswolds, so the enthusiasm runs deep in the royal family.
Daniel Phillip Cote
The Double Gun Journal
East Jordan, MI

[And they can get their Land Rovers in colours unique to the royal family, too -ed.] 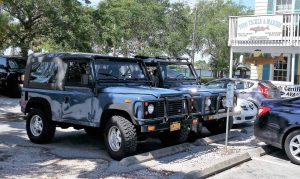 Dear Rovers North,
I’m torn. I have a Sighting, but I’m very ashamed of the source. It’s from the TV show Dancing With the Stars. My only saving grace is I’m really not watching it, my wife is. I swear! I know how it sounds. But it’s a sweet Series III and they were dancing a song from the kids’ movie The Jungle Book, one of my daughter’s favorites.
Eric Sousa
Melrose, MA

[Eric, we feel your pain and are printing your mea culpa as an inducement to other Sighters to keep ‘em coming, regardless of source -ed.]