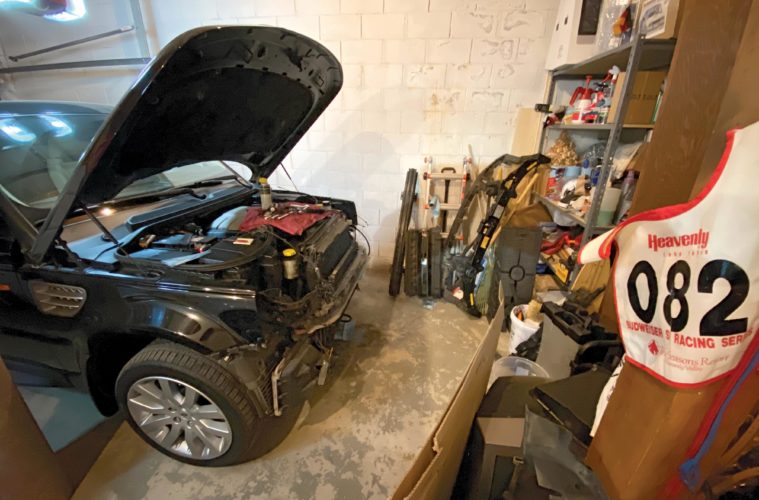 This technical guide shows you how to replace the supercharger intercooler radiator (highlighted in the above illustration). This method does not require you to evacuate the A/C system and drain the entire cooling system, as suggested in the Land Rover factory workshop manual. Tips: Place the vehicle into off-road height and use safety stands if needed. Take your time, place every bolt, part and nut into labeled plastic bags for reassembly.

If your dashboard reads “Low Coolant Level”, chances are the float inside the expansion tank is saturated with coolant. Replacing the sensor won’t fix it, you will need to replace the overflow tank and float with new Genuine Land Rover factory parts available direct from Rovers North.

WARNING: For vehicles fitted with Xenon headlamps, the following precautions must be observed. Ensure the headlamps are switched off at all times. Never switch on the lamps or test the bulbs with the lamp holder released from the headlamp. Failure to comply may result in exposure to ultraviolet rays, severe electric shock, burns, or the risk of explosion.