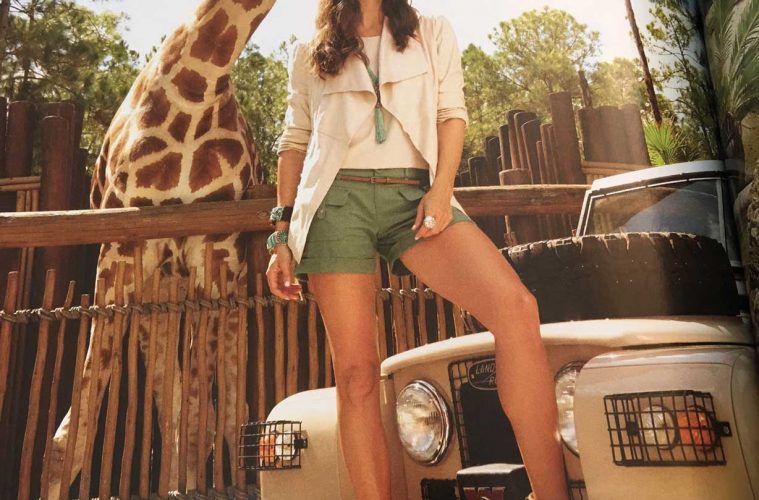 “Summertime, and the livin’ is easy,” sang the character Clara in “Porgy and Bess.” Maybe for kids and college students it’s an easy time of year, but not for the adults in their lives. For Land Rover enthusiasts in the northern states, it’s a time to complete those long-promised projects in reasonable weather. But, we’ve taken a break from baking in the sun and reveling in the warmth to review the hundreds of Sightings that have arrived since our last issue. As always we commend you for the time, effort and considerable thought you put into your Sightings submissions.

It’s always helpful for veteran and novice Sighters alike to review the rules that govern the awarding of a Coveted Mug:
Rule # 1 – All Sightings receive recognition and our appreciation, but not necessarily a mug. We reward only those Sightings that capture the unique qualities of Land Rovers and their owners, and display them in a distinctive way.

Rule #2 – If your Sighting doesn’t really surprise you, it won’t surprise us, either—thus, we can’t award you a mug. We’re delighted, but not surprised, that Land Rovers appear in British television programmes, British publications, films with British themes and shows about African safaris. You shouldn’t be surprised, either, and should consider looking for other ways to get a coffee mug. 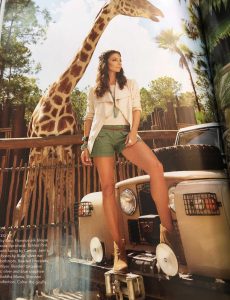 Rule #6 – Psst… email submissions—remember we can’t send a mug by email. Send us your full name and shipping address, too.

Advertisers do enjoy putting Land Rovers in their ads and commercials. Bo Prillaman (see Rule #6) noted the clever use of a soft top Series Land Rover in an ad for Riomar shoes. 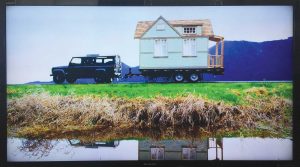 Television is always very friendly with Land Rover. Nathan Tucker, Portland, OR, was one of many viewers who enjoyed the episode of Comedians Getting Coffee With Cars, featuring Jerry Seinfeld, Jimmy Fallon and a Defender 90. 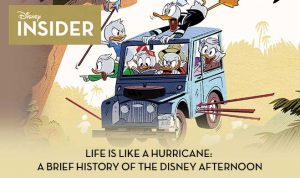 Olivia Viola, Farmingdale, NY, 6-years-old, has her eyes firmly on Land Rovers and spotted the Series III in an episode of Disney’s Jessie (yes, we mentioned it before, but she’s 6-years-old!) And if she gets one, so, too, should Scott Monico, Long Lake, MN, who sent in a shot of Disney Insider with the same Tickford Series I, and John Dillingham (See Rule #6) Savannah McGuire, Monroe, GA, appears to have been streaming Last Man Standing when she spotted a Defender in screen ad for “4×4 and Off-Road Clearance” (Hard to believe an NAS Defender 90 would be available in a clearance sale.)

Mark Miller, Charlotte, NC, spotted the Defender with UK plates used during a shoot-out in Blindspot.

Joey Boerner, Forest Grove, OR, spotted the Discovery I dashboard throughout a New Zealand public service ad against texting and driving. (He claims he’ll give the mug to his wife.)

Erik Sousa, Melrose, MA noted his daughter dancing to a song from The Jungle Book on Dancing With The Stars—really, Erik, why were you watching that show? Bill Adams (See Rule #6), same question! Peter Hope, Colorado Springs, CO, spotted it, too. Mark Sandstrom, Agoura Hills, CA, not only saw it but tells us it’s his Land Rover!

Mike Archer, Victoria, BC, watched an episode of the old television series Night Gallery and enjoyed spotting a Series II-A.

Movies, whether new or classic, love to include Land Rovers. Joe McDonough, Lowell, MA, and Jeremy Nielson, Elyria, OH, noted that a Defender 110 makes an appearance in an African scene in Batman vs. Superman.

Adam Setliff, Irving, TX, loved seeing the Defender 90 Commercial in a teaser trailer for the surfing film View from a Blue Moon, set in what appears to be South Africa. 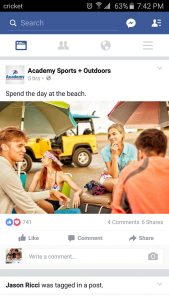 Websites and social media adore the visual impact of Land Rovers. Mark Williamson, Wonder Lake, IL, spotted a Discovery I on the About.com website, although the license plate and mandatory triangular sign shows the photo to be set in the UK.

Matt Nelson, Sharon Springs, NY, spotted supermodel Rachel Hunter riding around during her Tour of Beauty in a Series I in Dubai.

Manuel Mier, Helotes, TX, spotted the Defender on the Facebook page of Academy Sports and Outdoor.

When the Texas Parks and Recreation Commission put together a video highlighting the creation of the Powderhorn State Park and Preserve, they included a great shot of a Series II-A soft top at work on the ranch, reported John Karlsson, Hope, RI.

Paul Evans of New York City is the home of $350 hand-made shoes, but they do have the wisdom to put an NAS Defender 110 on their home page, notes Charles Joerss (see Rule #6). 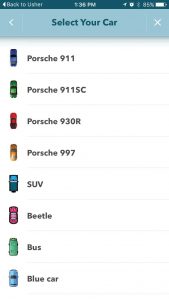 Loic Fabro, Herndon, VA, noted that the icon for SUV on the Waze route-finding app is, of course, a Defender. (I wonder if they recommend off-road routes!)

We love the fact that Outside Magazine columnist Wes Siler chose to write up his experiences with an “old,” but-much-loved Discovery I, which also delighted Peter King, Signal Mountain, TN (veteran Sighter who doesn’t consider a ’99 Discovery o be “old.”)

We’ve mentioned these before, but we commend Sighters who found these Sightings more recently.

Robert Alley, Kennesaw, GA, noted that his area Jiffy Lube’s card swipe featured the back end of a Discovery.

Steve Bradke, Niskayuna NY, spotted a truck that looked an awful lot like a 109” in the Pottery Barn catalogue.

Mark Molamphy, Denton, TX, got a kick out of the Land Rover 110’s on display as part of a Dallas Zoo exhibit. 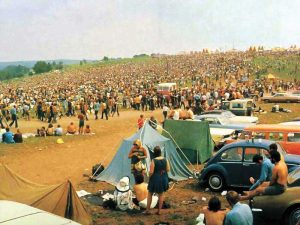 Nancy Salisbury (See Rule #6) noted the presence of a Defender 110 in a Colorado state agency announcement about flood damage.

Travelsmith has returned with a Defender featured in its clothing ads, noted David Ducat, Lebanon, CT. Nathan Tucker and Kim Shepard, Portland, OR, came across the Toad & Co. t-shirt with the silhouette of a Defender on the front.

Justin Ivy, Seattle, WA, found a Series I as a stock filler in the picture frame area of a local grocery chain.