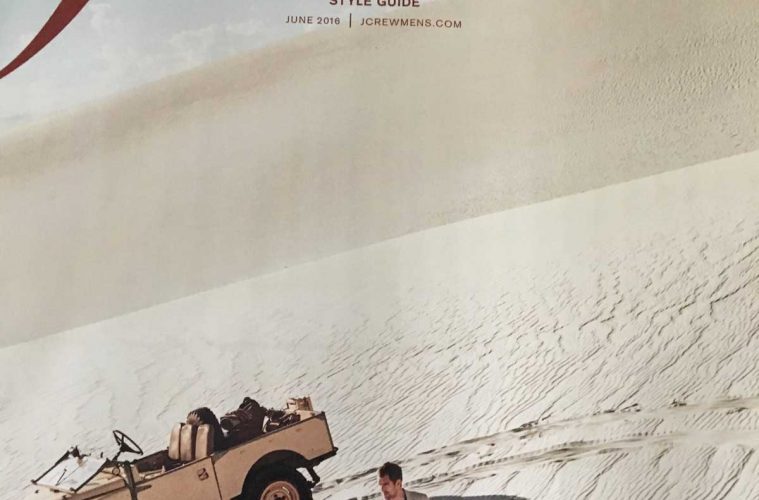 As winter approaches—or depending on your location, buries you—it’s time to stock up on winter supplies for your Land Rover, as well for your house. Winter preparations remained underway while Sighters from around the country turned their gaze to the sights and sounds on Land Rovers around them. Whether movies, catalogues, videos, television, or the internet, they had no problem finding lots of them!

Rule #2 – If your Sighting doesn’t really surprise you, it won’t surprise us, either—thus, we can’t award you a mug. We’re delighted, but not surprised, that Land Rovers appear in British television programmes, British publications, films with British themes and shows about African safaris. You shouldn’t be surprised, either, and should consider looking for other ways to get a coffee mug.

Rule #6 – Psst… email submissions—remember we can’t send a mug by email. Send us your full name and shipping address, too.

Television loves Land Rovers, but sometimes, they’re just “too hot,” reported Keith Comess, Portland, OR. He noted that an Israeli channel determined that a swimsuit advertisement with supermodel Bar Refaeli with a Defender was just “too hot.” Did they mean the model or the Defender? Jorge Shedden, Ft. Lauderdale, FL, enjoyed the same commercial. Mike Jablonski, Longmont, CO, found a glimpse of a Defender in an episode of Motor Trend’s, Dirt Every Day. Brian Jones, Raleigh, NC, spotted the Defender in the television series Preacher. 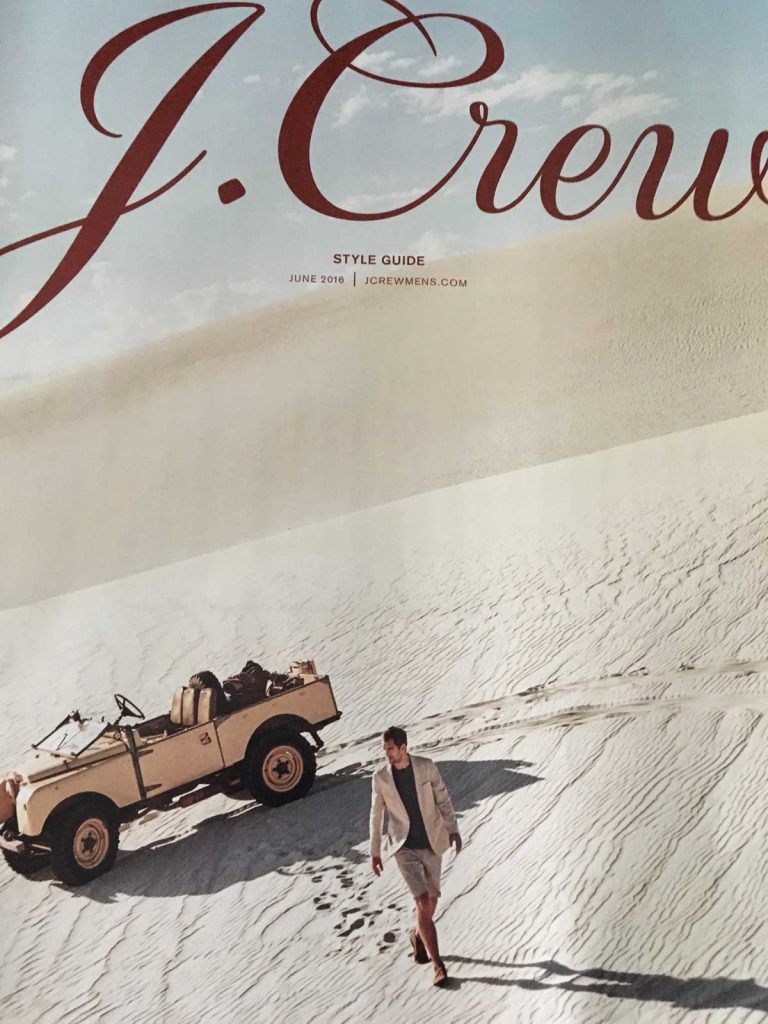 Peter King, Signal Mountain, TN, asked, “When was the last time you saw a Land Rover on NCIS?” He noted a Series III on an episode set in the UK. Amy Burton [see Rule #6] saw the same episode. In another entry Peter King asked, “When was the last time you saw a FC 101 anywhere?” This one appeared in an episode of Hawaii 5-0. In a third, he noted the article on our overlander friends Graeme and Luisa Bell in their 130 in Outside Magazine. And a fourth included the presence of a 109 used as a camera truck by the Star Wars special effects production team. And in a fifth, he caught the scene in The Martian when the head of NASA arrives to a Chinese rocket launch in a Range Rover. 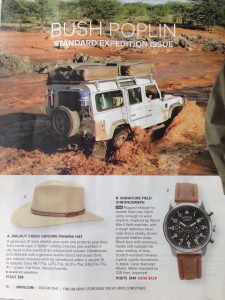 In an unusual Sighting, James Chang, San Antonio, TX, found a Defender 90 on a box of floodlight lamps he bought recently. Adam Hyder, Charlotte, NC, spotted a nice drawing of a Series I accompanying an article on gene research on the autism information site: spectrumnews.org. John Dillingham, Canton, GA, spotted a Series Rover in a book about smallpox eradication efforts worldwide. Stephanie Dias [see Rule #6] sent in a photo of the door of Coast and Country Outfitters with a beautiful silhouette of a Series 109. It appears on their website, too. Rusty Hunt, Aptos, CA, noted that a website “that you might not want to open at work” featured attractive women draped over and around Defenders—which, he noted, he actually did recognize. Bill Conn, Snohomish, WA, spotted the Defender in Northwest Brewing News used as a “beer reconnaissance vehicle”—what a noble undertaking! Ann Williamson, Sharon Springs, NY, noted the presence of military Land Rovers on coverage of the Syrian civil war.