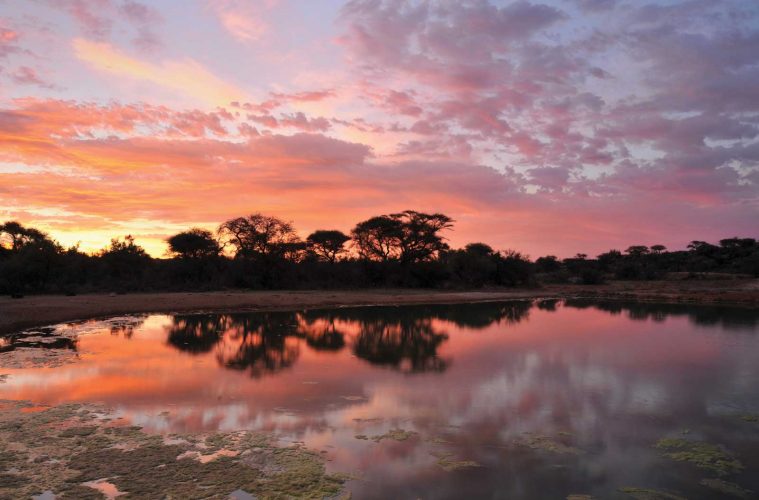 I Bless the Rains Down in Africa

Three days after New Year’s Eve we arrived at Savanna Private Game Reserve in the early evening. The camp looked quiet. “Most of the guests are out in the bush on a safari,” they told us. We were welcomed with smiles and a refreshing drink. 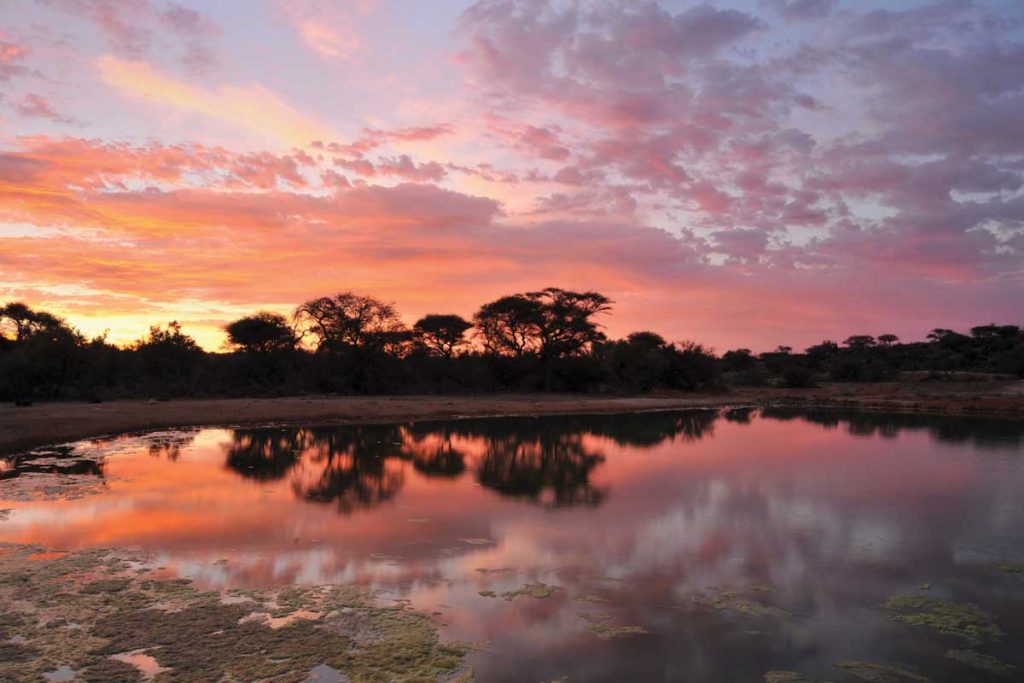 The next morning at 5 a.m. we were up and half an hour later, after a good cup of coffee, breathed the refreshing air of the South African bush. The previous night had rained. The soil was covered with grass. I had never seen Africa so green! 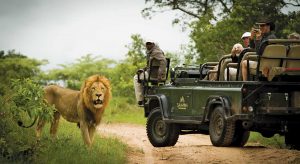 During the first hours of our wildlife drive, I stared in awe and in shock at the same time—absolutely scared and muted. I couldn’t understand why these amazing animals did not attack us; they even didn’t pay the slightest attention to our presence. As I would learn later, the Defender 110 helped keep us safe.

Over the three days we spent at Savanna Private Game Reserve, I found myself, imperceptibly and without awareness, admiring both the Defenders and the staff. Savanna Lodge sits within the Sabi Sands Game Reserve, adjacent to South Africa’s Kruger National Park. Its history goes back to the 1940s. During the last 70 years, the animals have developed an incredible level of trust with the game viewing vehicles. This allows viewing the animals and observing their natural behavior, free of concerns for their safety or ours. 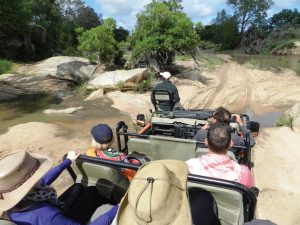 At the end of this first bush drive, we stopped for a coffee break. Somewhere between the buffalo and antelopes, we had our first ‘African’ coffee—a strong black with Amarula cream. I finally paid attention to the Land Rover Defender. Painted in a bold green, its long body blended in perfectly with the surrounding wildlife.

Here’s what the rangers said about the Land Rover Defenders that make their job possible:

“The vehicles we have used since the start of Savanna have always been the Land Rovers. These vehicles have repeatedly proven themselves to have not only the best off-road capabilities, but equally important, offer the greatest comfort for our guests. Due to the constant off-road driving and routine load of eight people, we usually replace them every three years, or after approximately 60,000 km. We prefer the diesel engine and 6-speed transmission package.

We do almost nothing to the vehicle to improve its performance, but do quite a few modifications to protect the body from the heavy terrain we drive through. The most important protection is under the vehicle, where we use extra steel plating to protect the steering tie rod, front diff, fuel filter, and fuel tank. We have added a heavy duty bush bar all around the vehicle for extra protection and inserted soundproofing under the hood to reduce engine noise. Inside we have three rows of two individual seats, each with storage bins.”

I spent my first night at Savanna partially awake. The noises coming from the bush were like a never ending rhapsody. That night I realized that I’m an intruder here—in the land of elephants and lions, leopards and zebras, wild dogs and giraffes…

In the following days, the Land Rover Defenders felt like home to us. We immersed ourselves so completely in our safari that we didn’t feel time passing. I also came to understand the reason why the animals don’t mind our presence. “Do not go out of the vehicles!” the ranger told us. As he explained, “When we are in the Defender, the animals see us as a part of this metal box and don’t identify us as a danger or potential food.” 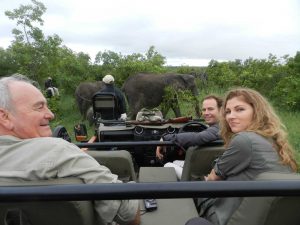 That’s why the day when one of the trackers dropped his radio station on the sandy river bed, just before the eyes of a female leopard relaxing in the shade, we all laughed and gave each other a conspiratorial look. We knew we had to wait for a while for the animal to go away.

Truth be told, these vehicles were just one part of the total experience at the Savanna Lodge. Despite its 5-star lodging and food, you felt as though you were visiting with family or friends. Thanks to the knowledge and experience of our rangers, we had the opportunity to not only see, but also learn a great deal about the animals… As ranger Neil White explained, due to the size and method of operation of these combined reserves, they do not interfere with wildlife on any significant scale. “Instead, we assist in ensuring the continuation of these reserves and the wildlife within, by supporting the huge local communities who live on the boundary of our reserve, as well as educating the people to the long term value of nature. With the help of the large number of guests who visit us every year, we also raise large amounts of money, which assists in the tough job of anti-poaching.” 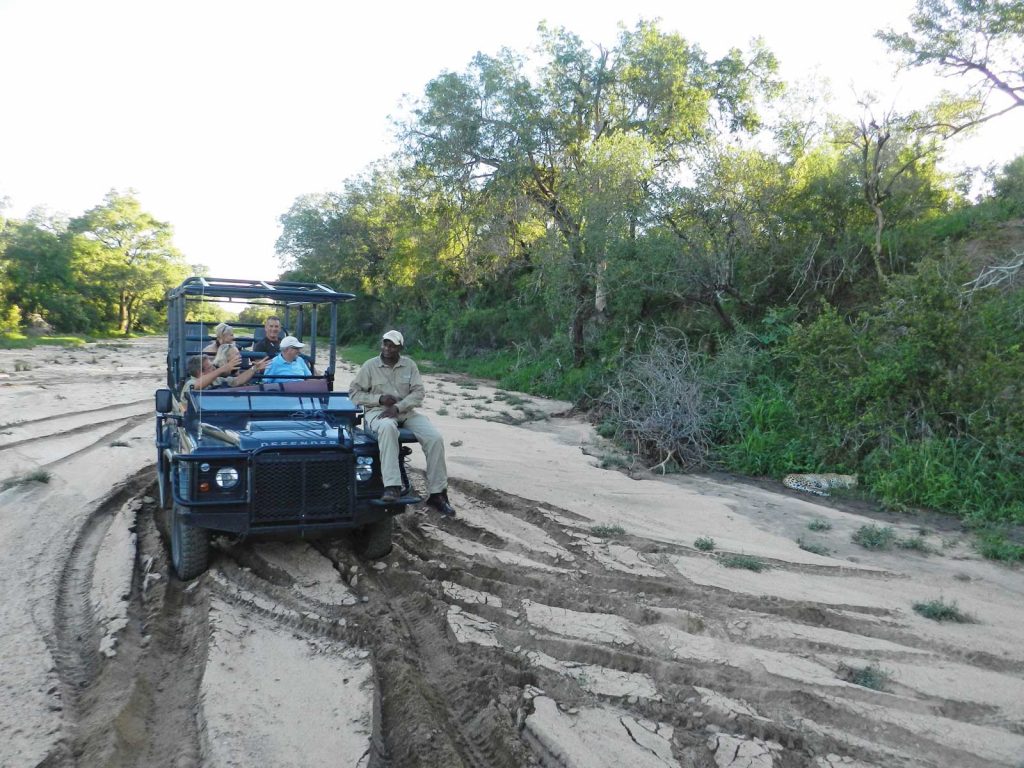 During my stay at Savanna, I could observe the rangers and trackers working and developed an immense respect for their job and personalities. Neil, David Wilson and Paddy Hagelthorn are rangers with different backgrounds, but share in common their love for African wildlife. As rangers, their job foremost involves guiding Savanna’s guests through their safari. “Safari” comes from the Swahili word for “journey”. It is such a beautiful word with mixed connotations. (After my trip, people asked me if we hunted animals during the safari.) Fortunately, today’s safari experiences focus on observing, experiencing, viewing and photographing the stunning African animals. 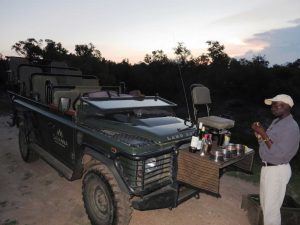 For our rangers, it meant leading the guests through a journey of discovery in all aspects of their trip to the wild. As Neil told me, “We look after the guests for the duration of their stay, which usually involves two game drives a day, hosting during meals, as well as taking them on the optional walking safaris. During the bush experiences, we observe wildlife in its natural environment, and interpret the signs of nature as they unfold before us. During these bush excursions, we rely heavily on the assistance and remarkable skill of the local trackers, whose keen sense of sight, hearing and smell, including a sixth sense of intuition and ‘feel’, enable them to find elusive animals at an uncanny rate. Studying the tracks in the soil, listening to faint alarm calls in the distance and using the direction of the wind, these talented trackers find the well camouflaged wildlife with regularity.”

I observed Julius Sibuyi, the tracker assigned to us, with constant curiosity. He had a sense of humor that you didn’t expect from such a calm person. On my first day, I asked him how long he has been working as a tracker. His answer, “Nine days.” I’m sure he had read the first-timer fear in my eyes and couldn’t resist the temptation of stringing me along (he’s actually been a tracker for nine years). 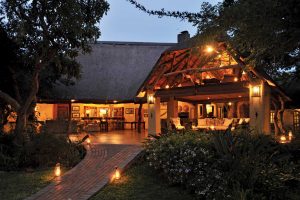 Over our short stay, I became intoxicated by the setting. The bush that scared me so much the first day became my soul’s home. To observe the African animals in the company of the rangers, explaining to you their behavior and telling you the stories of each animal they know by name, was like a return to a time before Man messed up the world. Far from the fuss of the modern world, here you can breathe, not in the physical, but spiritual meaning of this word.

The last night I spent there, I listened to the noises coming from the bush. I wondered how I would sleep without this ‘music’ for the rest of my life. Once you have been to the African bush, the bond with nature is so strong that you feel like an addict, left without his daily dose of dope.