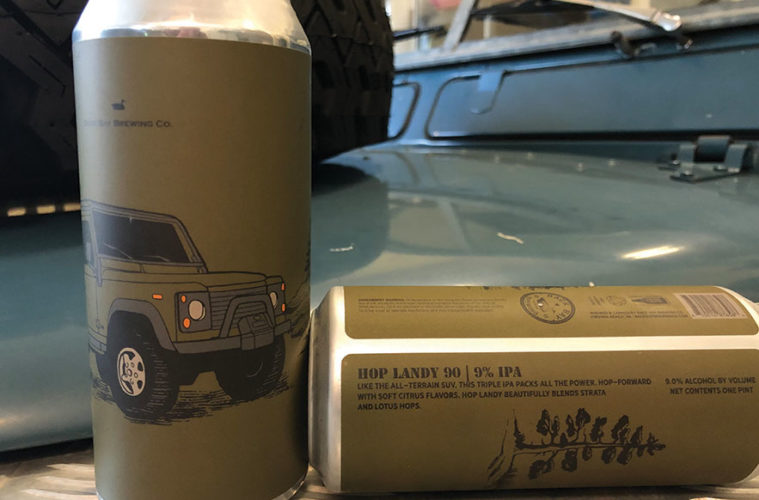 Summer 2022 has featured much of what we missed during the depths of the pandemic: movie premieres, beach running, camping, traveling to vacation spots, camps for the kids, and of course, the Solihull Society’s National Rally – which is beginning just as we go to press. Given the surfeit of summertime activities, the Sightings team again confronts a much larger workload. Undaunted, our intrepid Sighters have shared their findings with us, for which we thank them!

As always it’s useful for novice Sighters and veterans alike to review the rules of the contest:

Rule #1 — All Sightings receive recognition and our appreciation, but not necessarily a mug. We reward only those Sightings that capture the unique qualities of Land Rovers as well as their owners and distinctively display them.

Rule #5 — Sightings that are Land Rover references in books go to our Literary Land Rover Editor for the mention, but only when space permits.

Rule #7 — Snail mail sightings must be sent to:

Rule #8 — Grudgingly, very grudgingly, the Editor admits he might have made an error. Let us know if you think you’ve been jobbed, but all decisions of the Editor are final.

Movie producers have always had a soft spot for Land Rovers in their films. Patrick Holder, Atlanta, GA, enjoyed seeing a Defender in the British film The Gentlemen. TV directors love to include Land Rovers in their shows. Jim Hutchison, Cambridge, MA, enjoys watching Magnum PI because his daughter lives in Hawaii; he was quite pleased to see a Defender pickup in an episode set in Kenya. Our own Thompson Smith, S. Lake Tahoe, CA, spotted the Discovery I on an episode of Annika on PBS. As he wrote, “Annika (Nicola Walker) travels to the Isle of Bute, Scotland, and needs a car during an investigation. The welcoming Police officer lends her their local, scruffy Land Rover Discovery I, all properly roosted up with mud!” Chuck Robinson, Charlotte, NC, watched a 1974 episode of Emergency in which the lead character leaves a party in a Series Land Rover. Ray Sisk, Hope, ME, spotted a “fake ad” for a Series 109” on a bulletin board in an episode of Grey’s Anatomy – good catch!

Of course, print media marketers always look to put Land Rovers on a page. Jim Hutchison, Cambridge, MA, read a New York Times article contending that an ’87 Land Rover 110 might be a fine alternative to expensive vintage cars. David Ducat, Lebanon, CT, looked past the Series IIA on the cover of Yankee Magazine to note that the Salt Cottages, Bar Harbor, ME, ad in the same issue features a Defender 110 to capture eyeballs. Ian Marshall, Harpswell, ME, spotted a happy blonde in a Defender 110 on the cover of Hagerty Drivers Club magazine.

In the more unusual Sightings, Chris McCarthy, Virginia Beach, VA, noted the drawing of a Defender on a can of Back Bay Brewing’s Hop Landy. As a retired Marine, he felt compelled to do his duty and sample it (“lives up to Solihull standards”), then pose the empty on the wing of his ’72 Series III, “aka The Leaky Cauldron.” The British company Tea Pigs distributes in the USA, and Jason Sheehy, Mount Sterling, OH, was quite certain the drawing on their bag of Tea Pigs Red Bush blend looked like a Defender. Marylise Fabro, Herndon, VA, caught the Series I in the South African ‘1st for Women insurance’ television ad. Charles Buchenauer, North Las Vegas, NV, found a Defender 110 on the main travel page of the Travel Nevada website.

We’ve mentioned these Sightings before, but we want to credit Sighters for all their efforts. Tiffany Hammer, Shelburne, VT, enjoyed seeing the late Series IIA on the cover of Yankee Magazine. Sherry Block, Hadlyme, CT; Michael Stalker, Albany, NY; and David Russ, Lyme, NH, were happy to note the graphic Defender in the Michelin commercial. Ray Wood,

Powhatan, VA, spotted the rear view of a Range Rover Classic on the cover of a Gear Patrol catalog. Geoff Jones, Amherst, NH, was happy that Yeti continues to use Land Rovers in their advertising. Terry Lehman, Mt. Wolf, PA, enjoyed noting the Land Rovers in the Kiel James Patrick catalog.