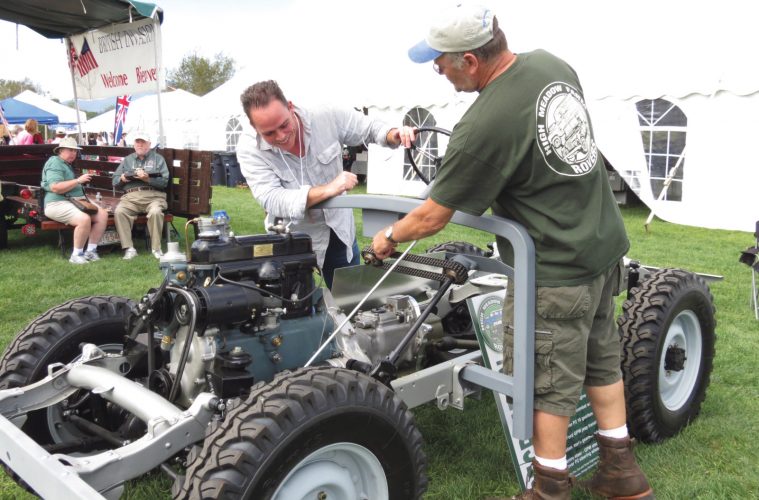 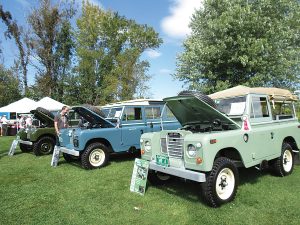 Jim Macri spent many years as a human geneticist in research and development before building his High Meadow Farm in Saxton’s River, VT. Jane Macri had barns built for her herd of Haflingers and Jim had a shop built when he decided to research and develop his love for Land Rovers. He succeeded so well that Jim’s collection merited a cover story in the Winter 2014 issue.

At this fall’s British Invasion in Stowe, VT, the High Meadow Farm Land Rovers once again walked off with a host of well-deserved awards. A Series I, II-A, III and Defender 90 graced their compound at the show field, each looking better than the other.

The real center of attention, however, came right from the Land Rover’s DNA—their recreation of the fabled Centre Steer prototype. Glenn Parent, the chief mechanic/restorer, and Jim Macri traveled to the UK to uncover information from the Dunsfold Trust and other Land Rover experts

[see Summer 2014 issue –ed.] They sourced a proper 1947 Rover 10 engine from Cox & Turner Engineering, and shipped it off to Jim Giroux in Hudson Falls, NY (“A machinist with Roveritis,” noted Glenn).

With the help of Glenn’s son, Jacob, and Dana Earthrowl, Glenn made terrific progress and brought the rolling chassis. The most amazing aspect had to be the chain-driven steering system, required of the placement of the steering wheel. High Meadow Farms gave the thousands of participants and attendees a “Fabulously British” insight into the creation of a British legend.

Story and Photos By Jeffrey Aronson 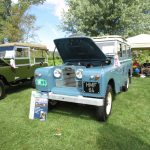 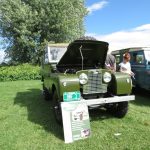 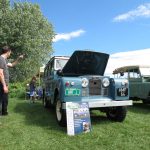 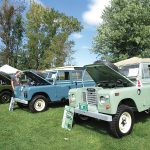 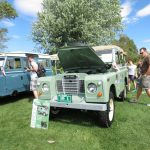 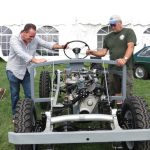 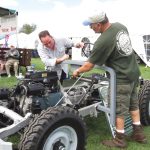 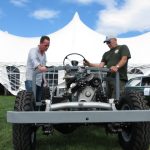 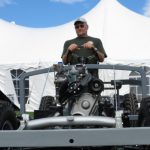 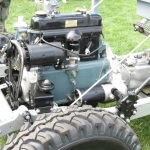 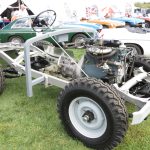 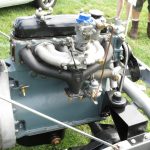 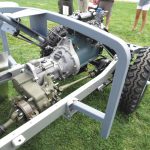