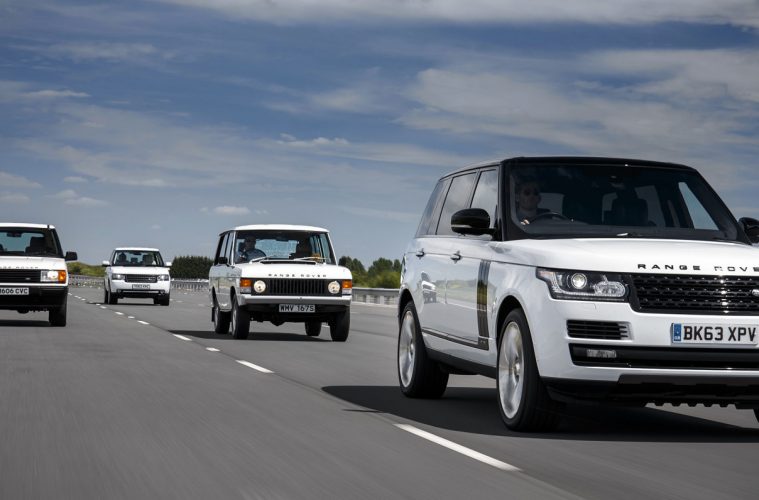 30 Years of Range Rover in the US

Last Thursday there was a major anniversary that went largely unnoticed. Maybe it was due to the fact that most Americans between 18 and 35 years of age were already starting to commemorate the death of Saint Patrick by drinking their own body weight in green dyed beer. However I think this date went largely unnoticed because the birthday we should have been remembering wasn’t for the biggest or craziest, the fastest or even the flashiest. It was to celebrate the long reining standard bearer for high end SUVs. March 16th 2017 was 30th anniversary of Land Rover finally bringing the Range Rover to the shores of North America.

In 1969 Land Rover began testing a luxury SUV wearing VELAR nameplates in the rainy hills of the UK. That same vehicle would go on sale the following year only in Britain as the Range Rover. Ever since then Range Rover has been the go to choice for someone that wanted the option of a seriously capable off-roader but also a refined pavement pounder. With a single vehicle you could go on safari Friday through Sunday and then have a comfortable commute Monday morning sitting in traffic on I-93. If it’s comfortable enough for the Queen, it’s definitely good enough for me.

For the last 47 years the formula for every Range Rover built has largely been the same. V8 Power + Full Time Four Wheel Drive + Comfort + Luxury = the perfect SUV. Yes there have been a few deviations here and there. A few 6 cylinder diesels; Going from 3 doors to 5; Moving from coil sprung suspension to air ride; But for the most part is has stayed true to the original formula from 1969. If it’s not broke, don’t fix it.

Rather than droning on for 1000 words on all the revolutionary world’s firsts in a SUV, slight changes over the years, and model variations, I’m going to refer you to this video:

The Range Rover has always been a very capable off-roader on top of being luxurious. Back in 1979 it won the inaugural Paris-Dakar rally covering 6,000 miles and 6 European countries. It has even taken part in 3 different Camel Trophy challenges next to the mighty Defender. At Rovers North we think so highly of the Range Rover in 1994 when attempting to be the first wheeled vehicles to ascend Mount Washington in wheeled vehicles during winter, we took not one, but two Range Rover Classics. Both vehicles reached the summit after tackling 38 inches of snow and braving temperatures as low as -65° F. 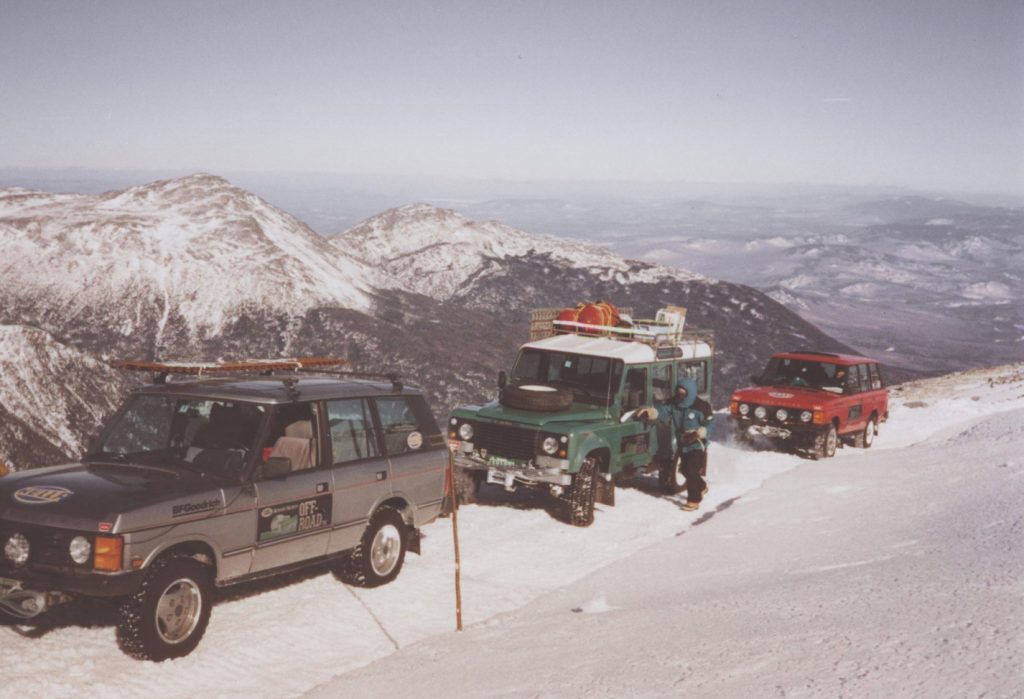 The Rovers North crew ascending Mount Washington in February of 1994.

… if you want a large, luxury off-roader, you buy a Range Rover.
The End. The End, move on.

It’s not just Rovers North that loves these trucks, we routinely see many of them at Land Rover rallies still conquering trails after 30 years. You can see plenty of Range Rover Classics in our video from last September’s Vermont Overland Rally:

Recap of some of the fun this weekend at Vermont Overland Rally!

Even Land Rover is enamoured with the original Range Rover. Just last month Land Rover announce that the next vehicle their Reborn Program was going to tackle are the 1970s Range Rovers. They started refurbishing Series 1 Land Rovers last year and instead of restoring Series II models or Defenders next, they skipped to the Range Rover Classics. They will be doing complete ground up restorations on 10 vehicles with all original parts in their own factory. Prices will start at 170,000 for each pristine example, and if they do an early 3 door in Tuscan Blue, I would do just about anything to buy it. 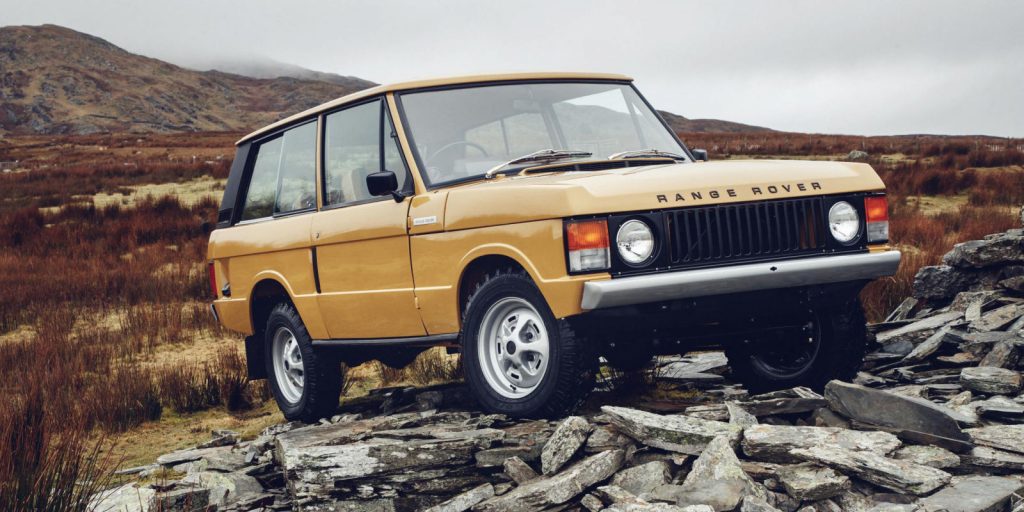 The first Range Rover Classic to come from the Reborn program.

As part of Land Rover’s celebration of 30 Years of Range Rover in North America, they asked owners to upload photos of their vehicles to Instagram and tag it with #RangeRover30. Here are sample of some of the photos shared:

You can view all of the photos shared by Range Rover owners at:
https://www.instagram.com/explore/tags/rangerover30/

By staying true to that original formula started all the way back in 1969, the Range Rover is still the best luxury off-road vehicle today. All in all, it’s been a pretty great first 30 years for Range Rover here. So here is to another 30+ years of Range Rover in North America.