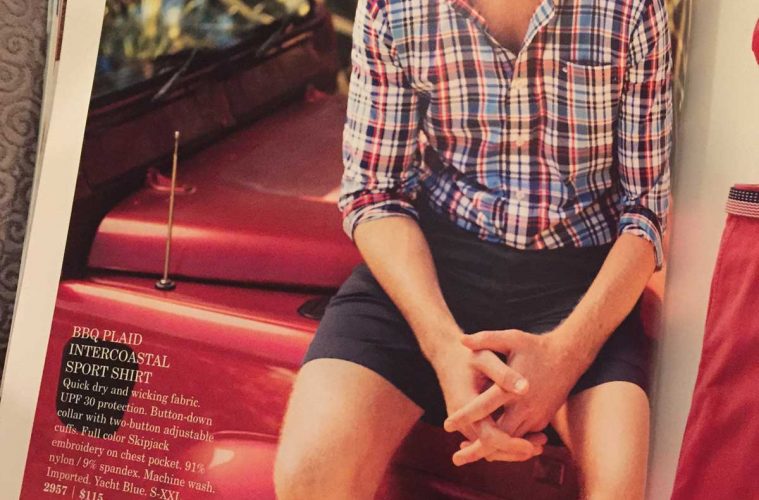 Summertime brings more outdoor adventures and off-roading for Land Rover enthusiasts, but one thing for certain — it doesn’t mean fewer Sightings! We commend our readers for sharing the presence of Land Rovers in advertisements, commercials, movies, music videos, social media and other real or virtual places.

Rule #6 – Psst… Email submissions — remember we can’t send a mug by email. To be considered for a Coveted Mug, send us your real name and shipping address, too. 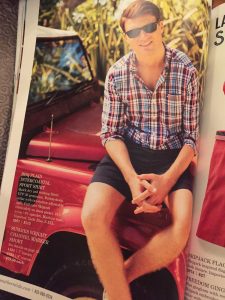 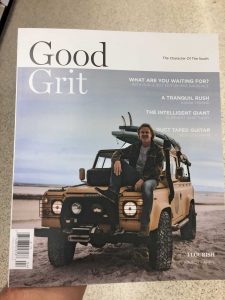 Movies have a long tradition of including Land Rovers for emotional impact. Scott Copeland, Menlo, GA, was Smokey and the Bandit “for the first time in 30 years” and spotted a Series Rover at the “Choke and Puke” bar scene. Television shows have proliferated with the growth of cable and online outlets, so it’s no surprise that Land Rovers appear to command attention from viewers. John Cockell, Chelsea, QC, Canada, noted that the UN Blue Helmet troops drove a Defender 110 in a recent episode of Dr. Who. Scott Just, Berkley, MI, spotted a Series I in Kenya on an episode of Bear Gryllis. Derek Leath, Frontenac, MO, spotted the military Land Rover in the NBC series Taken. Paul Kennington, La Grande, OR, spotted an NAS Defender 90 SW on an episode of ABC’s Downward Dog. 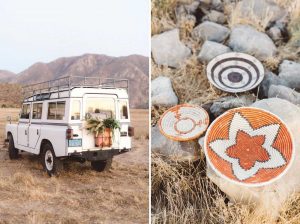 Lauren Dugger, Inlet Beach, FL, spotted a Defender pickup carrying Husqvarna motorcycles on their Facebook page. Green Wedding Shoes’ website provides inspirations for wedding settings and she also noted the Series II-A 109” in the “Safari Theme” one. Dixon Kenner, Ottawa, ON, Canada, spotted a Defender 110 in Iceland in an American Express ad. Tripp Moore, Ft. Mill, SC, sent us a Turtle Wax Instagram post with a photo of a Defender on safari. GQ sends out an online newsletter which they hope you’ll read because, as Lee Banner, Tionesta, PA, noted, they included a photo of a Series II-A. (Lee pleaded for a mug because “I’m drinking my morning joe out of a ‘girly’ mug right now!”) Mac Surber, Westborough, MA, enjoyed seeing the African animals on the roof of a Defender 110 while surfing “The Chive”. Les Parker, Sales Tech and Thompson Smith, Creative Director, both of Rovers North, enjoyed seeing the Series II-A 109” at the Cide Road website [see Holiday 2016 issue -ed.] Peter Haarala, Elko, NV, recognized the Defender steering wheel and door panel in the RHD model used for an Icebreaker online ad. Gail Martin, Clovis, NM, spotted a Series III 109” in an FSR online article on a Georgia inn.

We’ve mentioned these before, but want to thank Sighters for sharing these again. Truman Oisias, Boulder, CO, is only 6, but he’s enough of a Land Rover fan to spot the Defender in the Behr paint ad. Doug Gable, Cooperstown, NY, enjoyed seeing Defenders in the Jack Wills catalogue. 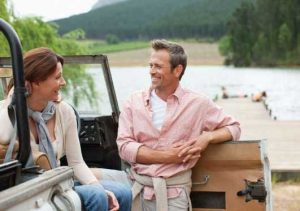 In the “More Unusual Sightings” category, Bruce Bishop, Fair Oaks, CA, found this on the MSN Health and Wellness site in May. “The article was about what makes better sex and low and behold a Land Rover for longer drives. They say long drives works on relationships. And some people say the passion for Land Rovers can cause discord in marriages. What do they know?” Dave Lochridge, Rialto, CA, noted that an ad for the Peterson Museum’s latest exhibit shows that a Series II-A provides the “canvas” for a painter. Mylan Janoplis, Long Beach, CA, couldn’t miss the Schott Clothing billboard on Beverly Blvd. in Los Angeles with the Series Land Rover. “It must have been shot in Joshua Tree or Anza Borrego California, both of which I have driven through countless times with my 97 D90 LE.”