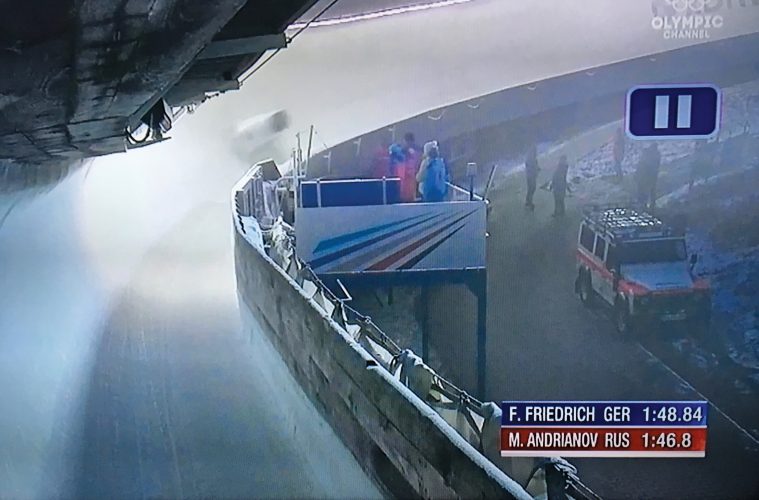 Letters to the Editor: Winter 2018

How cool it was to see a Defender 110 serving as an emergency vehicle at the Four Man Bobsled Championships in Altenberg, Germany, in January.

[We agree, David, and thanks for catching this one for us! -ed.]

The last time I saw Mark Letorney, was during the last year we lived in Vermont: It was mid-February, and he was replacing the starter motor on my ‘68 Series II-A 109” pickup with a windscreen to tailgate canvas. Mark would take a few breaks just to warm his hands; when he finished, we invited him in for spaghetti. Over dinner, he explained how his dream was to start a Land Rover parts and service company. Now, almost 40 years later, I still have that 109” with more than 350,000 miles as well as other Land Rovers. Mark has saved us all much time and frustration by creating and operating the premier Land Rover parts establishment in North America. And keep up the great work with Rovers Magazine — I enjoy it immensely.

[Thank you for letting Rovers North be a big part of your Land Rover experience and congratulations on the success of Double Gun -ed.]

We’re quite proud of our granddaughter Kynlee’s technical knowledge of a Land Rover Defender, as shown here. I look forward to every issue of Rovers Magazine and thank you all for the support, advice, great parts service and fun over the past 37+ years!

[Thanks for the compliments, David. Rovers North will contact her when she’s old enough for a position as a sales tech -ed.]

Didn’t take long after the delivery of the Rovers North Defender 90 wooden model kit for my son, Thor, to begin construction (I did have to make him wait until after dinner), and there was not a break taken until it was completed. From a bunch of flat wood pieces to a complete rolling D 90. And for once, our hands stayed grease free.

[Congratulations to Thor on a job well done! He should be working with you at North American Overland in no time! -ed.]

I just bought a ROW 110… LRs are seared into my retinas and there’s no cure!  I need a catalog and Defender info… may as well include a mug when you send it.

[Given the severity of this winter, I might volunteer to bring you a Defender Parts Guide personally if I can cadge a trip to Hawaii -ed.]

My daughter, Ainsley, found a sighting for a boot company. Now I’m wondering — if you run her photo in the magazine, might I get a pair next Christmas?

Greetings from the “southern zone!” Here’s our ‘04 Discovery II TD5, seeking adventure at the beach in Pavones.

[That looks just the place for an escape this winter. Land Rover used to assemble CKD Series Land Rovers in Costa Rica -ed.]