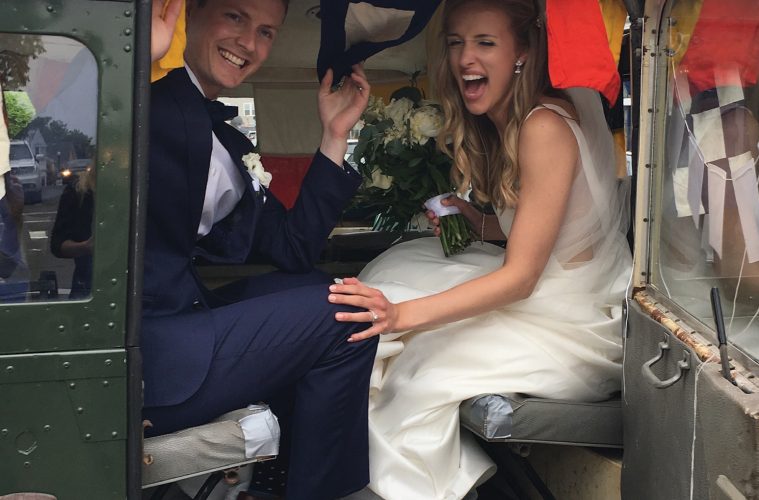 Letters to the Editor: Holiday 2019

First off, we would like to take a moment to say, “Thank you.” Without your sponsorship, we would not have been able to put on such a great event.

This year’s Rover Rendezvous was a great success, with enthusiasts from across California, Nevada and Arizona attending. There was a wide variety of events happening throughout the weekend, including three different trail runs, camp cooking activities, recovery and radio demonstrations and a very successful raffle on Saturday night.

Again, thank you so much for your sponsorship. We congratulate Rovers North prize winners Brian D’Andrea and Peter Mayer.

[Congratulations on a terrific event, and thanks for letting Rovers North work with the club -ed.] 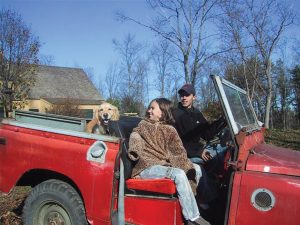 My father is a huge Land Rover enthusiast, and since I grew up doing all kinds of adventures in a Land Rover Discovery and Defender, I, too, have become a huge enthusiast.

Thanks for Rovers Magazine and the Sightings competition.

[It’s always wonderful to hear of parents who share Land Rover enthusiasm within their families. We hope you have our own Land Rover in the near future -ed.]

I just bought my first Series IIA recently. Parts orders will be on their way soon! 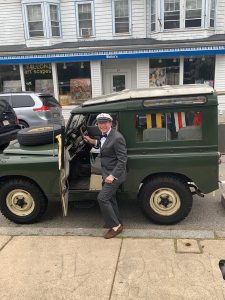 We rescued this ’67 Series IIA from the woods in Virginia 30 years ago. It had been a forest fire truck. Last year we had to put out a fire in it, rather than the other way around!

But on June 1, 2019, it served as the wedding carriage for Laura Kooistra and Hunter Archibald in Rockport, MA.

[Nothing starts a marriage off on the right foot like a Land Rover! -ed.] 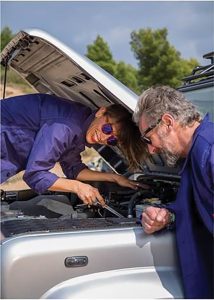 Many thanks for the support over the years. While my ’93 RRC LWB seems to be behaving itself of late, my ’67 Series IIA will shortly be requiring more from you.

Though it’s a bit of a Phoenix/Frankenstein, with its ’92 RRC 3.9L motor, ZF automatic, LT230 and Stage One axles. There’s still quite a few original bits needing good quality parts replacement.

[Sounds like you’ve created a Texas-style Stage One of your own -ed.] 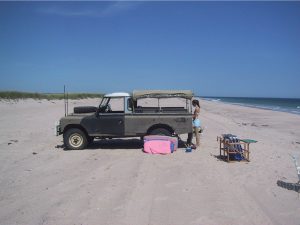 I want you to know how helpful Arthur Patsouris has been to me over the past several months while working on my ’71 Series IIA, to get it back to life and back on the road. It started last spring with a project to install a new wiring harness. Arthur offered to help me by answering all the questions that arose during the project. After several calls, emails and photos, the rewiring is complete, but not without Arthur’s considerable help.

But it didn’t stop there — I’ve replaced numerous systems on the vehicle, trying to stay as original as possible, and Arthur has been a terrific help, “holding my hand” through all of it. I don’t think that a project like this is ever done, but Arthur and the staff at Rovers North have been a big help to me.

This 1971 is very special to me because I purchased it in 1972. It has taken me on many adventures in the U.S. and Canada over the years. It was my daily driver most of time, too. It has inspired my son, Chris, to become an enthusiast and accomplished mechanic on his ’94 Defender 90.

Mark Letorney might remember that he was my driving instructor years ago, and that in 1999, I purchased one of the Ex-MoD 109s that Rovers North imported from Germany. That vehicle has taken my family on many wonderful vacations, and still received a lot of TLC from my son and me.

[Arthur Patsouris and Rovers North have been instrumental in helping me keep my Land Rover’s on the road, too -ed.]