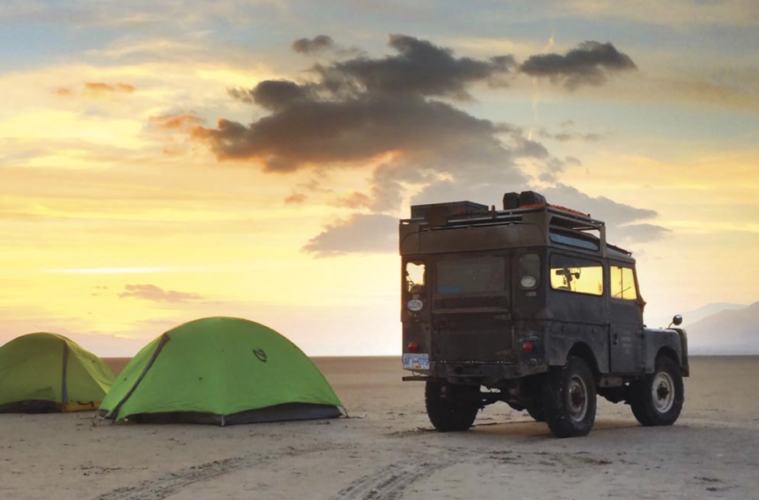 Everyone who owns a Series Land Rover or Defender accepts that they’re not going to get anywhere fast — but they will get there and arrive in great style.

Another reason for the slower pace lies deep within the nature of Land Rover enthusiasts. They cannot ignore the presence of another enthusiast. You will be expected to exchange the story of how you found it, its provenance, its exploits under your ownership, and the shared bond of admiration and appreciation for the marque. You will commiserate about the necessary repairs and refurbishments, but you will never whine or complain about them. You will decry the time you sold a Land Rover — of any model or vintage — share photos and exchange contact information, before a reluctant departure.

On a trip from Massachusetts to Maine on I-95 in my ’66 IIA, I was passed [no surprise there] by a Ford F-150. The owner’s window slid down so he could holler to me that he had “two of them.” Of course, we pulled off the highway and onto a grass verge to swap stories and details. A Massachusetts State Police cruiser pulled in behind us, perhaps expecting to bust some illegal activity, and sped off disappointed that we were only sharing stories about our Series Land Rovers.

On a more recent trip, I stopped at a traffic light in Frederick, MD. The window of a Jeep in the next lane dropped down beside me. “I have a 109!” the owner called out. I spied a 7-Eleven store at the intersection and yelled to him, “Do you have time?” He did, and that’s how I met Mark Doles, Lovettsville, VA, an operations manager for a food company. We parked beside each other as Mark pulled out his phone to share photos of his dog and his four Land Rovers: a ’57 Series I 88” Military, ’67 Series IIA 88”, ’68 Series IIA 109” Station Wagon, and a ’94 NAS Defender. The delay was worth every moment to me, although I believe that Mark might have blown off appointments in order to talk Land Rover. We spent nearly an hour sharing life-with-our-Rovers experiences, rebuild issues, how dogs love Land Rovers and a shared belief that any money invested in your Land Rover is money well-spent.

Mark speaks often with Rovers North’s Rob Smith, also a NAS Defender 90 owner. Imagine their shared surprise and glee when they compared VIN numbers and discovered that their 90s were only a few digits apart from each other.

Enjoy the drive, don’t forget to wave, and be ready to stop and chat.