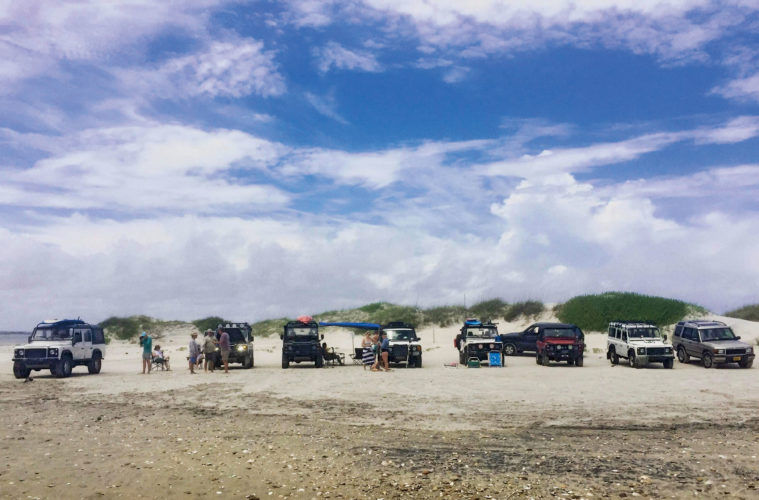 “For the past seven years, a group has spent the Father’s Day weekend on one of the islands of the Cape Lookout National Seashore at the border of the Carolinas. While we usually gather on Portsmouth Island, weather forced a change to Cape Lookout on Harker’s Island. The event was the brainchild of Robert Davis, Chesapeake, VA, who started it on Father’s Day, 2013, on Ocracoke.”

“This year was my third time participating. I joined a few families in enjoying our camping and camaraderie. We respected our social distancing, but really enjoyed the time we spent together.”

“It is unreal how many people, including myself, don’t know the natural beauty that surrounds us in this world. Ever since I’ve been a part of the Land Rover community, my eyes have seen so much. There’s a lot that we all take for granted and is it sad that it took a pandemic to open our eyes. My goal is to visit every one of our country’s national parks in my Defender (which is now undergoing an engine rebuild).”

We think that Robert Davis’ mini-event is Fabulously British and a testament to the friendships that enthusiasts build between each other.