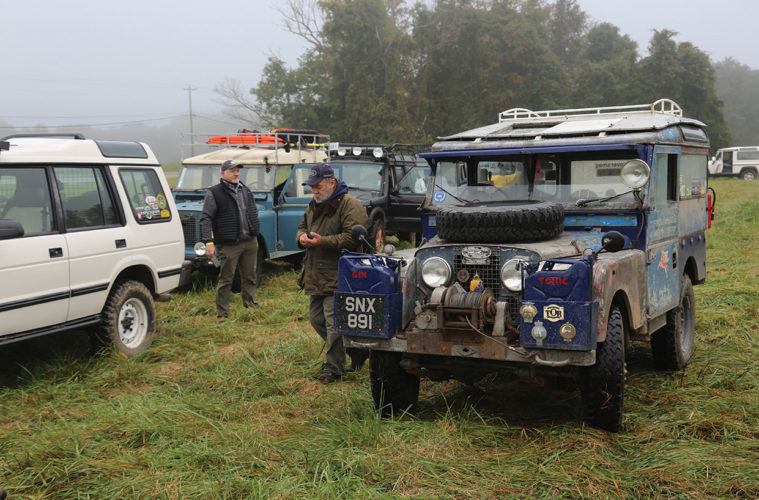 I received this Car & Driver “click-through” delivered to me on Facebook, but it called you out, and I think that’s just cool. I love that Rovers North was mentioned by name!

Thanks for including the reminiscences of Fred Lyon in this issue of your magazine. Sometimes a great photographer, such as Eugene Atget or Bernice Abbott, makes his or her city their own. The great Fred Lyon has documented his San Francisco like no one else; no one comes close  to his seminal body of work. He has a great great eye and an empathy for the humanity he saw all around him. And, at 96-years-old, he is still working on a new book! I have had the great good fortune to collaborate with many of the world’s greatest photographers and their work, from Henri Cartier Bresson to Ansel Adams, but no one inspires me more than Fred. He’s the Cary Grant of photographers.

[Fred Lyon was a terrific interview! See the article on pp. 6-17 in this issue -ed.]

This year’s MAR was humid, dry, slippery, dusty, foggy, clear, cold and warm just like you would expect in 2020! Elements of the previous MARs were still present: the brand new and much older Land Rovers showed up; their owners were, while respecting the appropriate social distance, all friendly and still in a helping and sharing spirit; the campfires were hot and lasted through the nights.

A lot of fixtures to the rally could not make it this year and their absence was noted. However, we still wanted to thank Rover North wholeheartedly for supporting the rally this year again and making your presence felt! We will enjoy the prizes and will cherish the memories we made this year.

[Thank you, Lana and Ethan, for taking time away from your schoolwork to share your appreciation for the Mid-Atlantic Rally. We look forward to returning in future years -ed.]

I read an article on used 4×4’s online at Outsidex4. What I found most interesting is the disproportionate volume of Defender pictures when the text has little mention of them. I find this as further evidence that the Defender is the “supermodel” of the classic off-road vehicle community. If anything else had the appeal, then they would not use so many Defender pics as eye candy.

[Duly noted, Kraig. We recognized the author, Joshua Barnett, and know him as the co-founder of Southern Overland, a Land Rover shop in Winston-Salem, NC. Joshua really likes the Land Rover 110’s from the 1980s, which explains the Land Rover photos in the article -ed.]

Love your magazine and read every one of them, but I have a correction to request. In the Summer/Fall issue, and earlier in the Winter 2015 issue, you stated that no one had successful driven up Mt. Washington in the winter.

My team and I, consisting of a Discovery XD, a Defender 90 (that I bought from you in the 90s), as well as a G-Wagen and a Land Cruiser, succeeded twice out of three tries in 2002. Our one failure was due to very deep snow and dangerous conditions.

[Thanks for the correction. Our source for the 2015 article was Howie Wemyss, the General Manager for the Mt. Washington Road, who stated that Rovers North had made the first and only unassisted winter ascent of the mountain -ed.]

I want to take time to thank you and your team for the amazing customer service I have received over the past two months.

I recently acquired a Defender 110 that was all OEM and original owner after a multi-year search. As you know, with any new Defender owner, one needs to get it as close to perfect as possible. I set out to replace what needed replacing and fix what needs fixing. What I didn’t anticipate and did not expect was the high level of expertise and knowledge and willingness to help me achieve my goal from your team. Every conversation and interaction I had was beyond and above anything I have seen in many years.

What they didn’t know was a Defender was always a dream of mine, even in the toughest times. You see, there was a time I was barely able to buy gas for my truck let alone buy a Defender! The point being, it felt as if my dream was embraced by your team and I could sense it on every transaction. I want to thank Arthur Patsouris, Nick Cota, Zack Griswold, Rob Smith, Travis Hightower, Greg Jutras, Eric Brennan — and apologize to anyone that I missed.

[We verified this letter with this customer in Virginia, who requested anonymity for professional reasons. We’re delighted that you could make your dream come true, and always pleased to work with genuine enthusiasts -ed.]

I am the original owner of a ’97 Defender 90. On a recent weekend I had two chores — wash the Defender and go to the hardware store. After the carwash and hardware store trips, I walked back to my truck and had to chuckle. On the driver’s side window were two handprints and a nose print. Judging by the height, I’d guess they were made by someone 8 to 10-years-old on tiptoe. I’m sure he or she will be a Land Rover owner someday.

[Brian, that 8-10-year-old just saw his/her version of automotive nirvana. Good for you for sharing it with an adoring public -ed.]

Right before heading out onto the water to surf, I jumped on the hood of my ’06 LR3 and somehow managed to capture my entire summer in one photograph. I shot this photo on Brigantine Beach, New Jersey, where my Land Rover and I spend most — if not all of my free time.