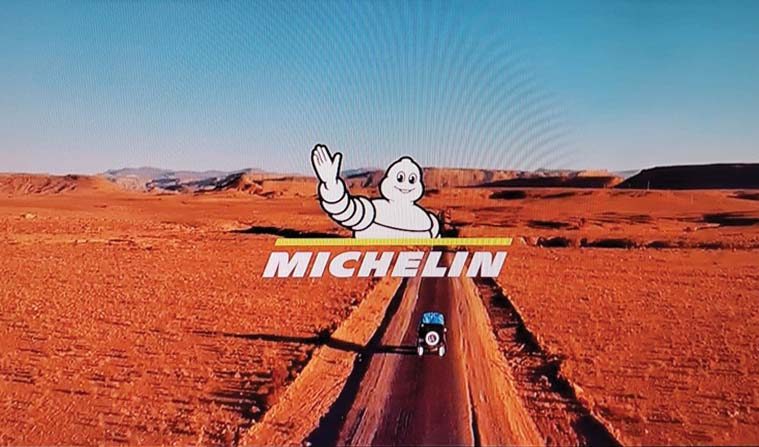 Our Spring Issue demonstrated that Land Rovers continue to appeal to movie producers, advertising executives, music video impresarios, catalog designers, fashionistas – the list felt endless after Covid-19 limitations on normal commercial activities began to lift! Sightings slowed down this summer in terms of numbers, but not in terms of enthusiasm from our intrepid Sighters.

As always, it’s useful to novice Sighters and veterans to review the rules of the contest:

Rule #2 – If your Sighting doesn’t really surprise you, it won’t surprise us, either – thus, we can’t award you a mug. We’re delighted, but not surprised, that Land Rovers appear in British television programs, British publications, films with British themes, and shows about African safaris. You shouldn’t be surprised either and should consider looking for other ways to get a coffee mug.

Rule #4 – If you qualify, one mug per Sighting, per issue. No more than two Coveted Mugs will be awarded to the same person per year.

Rule #5 – Sightings that are Land Rover references in books go to our Literary Land Rover editor for the mention, but only when space permits.

Rule #6 – Psst… Email submissions – remember we can’t send a mug by email. Send us your real name and shipping address, too.

Rule #8 – Grudgingly, very grudgingly, the Editor admits he might have made an error. Let us know if you think you’ve been jobbed, but all decisions of the Editor are final.

We applaud local businesses that actually use Land Rovers in their advertising. Jason Sheehy, Mt. Sterling, OH, spotted a Defender in an Ohio Farmer magazine ad for Bane-Weller, an International Harvester equipment dealer. The Salishan Coastal Lodge in Oregon placed an ad in United Airlines’ Hemisphere magazine, and the Series III in the background caught the eye of Frank Cardamone, Aidie, VA.

David Russ, Lynne, NH, read a New York Times Book Review feature on the double agent Phillip Agee, featured in the article behind the wheel of a Series Land Rover. When Respoke wanted to promote converting your favorite auto photo into an art print, they chose an ’82 Land Rover 90 [misidentified as a “Defender”], noted Jason Sheehy, Mt. Sterling, OH. Omar and Zeeshan Faruqi, Beaverton, OR, noted a fine drawing of a Land Rover in an African scene in a Wall St. Journal Magazine column. Rob Marsh [see Rule #6] noted a Defender ambulance in use as an overland vehicle on the Expedition Portal. Christopher FitzMorris, Center Harbor, NH, sent a photo of a Land Rover 110 pickup like his in front of the British-based Craighopper store in N. Conway, NH. Rob Marsh, Vass, NC, noted the use of a Series Land Rover in an American Rifleman article on Remingtons on safari.