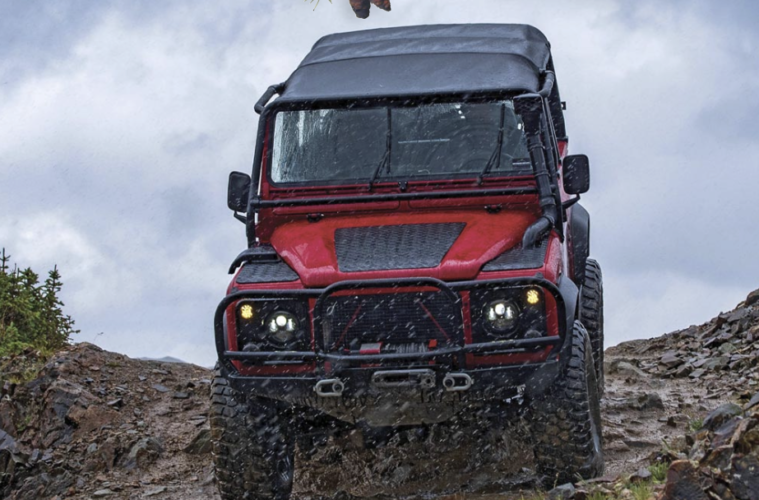 Sound familiar? If you’ve attended Don Flye’s All Metal Dash (Petersham, MA), the British Invasion (Stowe, VT), and the All British Car Meet (Portland, OR), among numerous others, you did just that – enjoy the vehicles and their enthusiast owners. We’re delighted that Land Rover North America wanted to recognize the Defender’s importance to the marque and do so in a big way.

Land Rover once tagged the Series Land Rover as “The World’s Most Versatile Vehicle.” Today, this versatility focuses more on the multiplicity of driving situations, from 2 mph to 130 mph, from green lane to the off-road expedition, dirt road to an interstate highway, with or without a trailer. The new Defender accomplishes that versatility quite well.

For Series enthusiasts, versatility meant one vehicle to accomplish everything, from transporting sheep to family members, expedition to leisure kit, from towing work trailers to campers, off-road or on-road. The brilliant engineering assured you of a long-lived vehicle whose maintenance you could perform on the ground, not over the air. That’s why Brian and Kathy Krafjack recently purchased their ’66 Series IIA 109”.

“This is my first experience with a Land Rover. I’d never owned one before,” Brian told me. “What a hoot! We found it listed in Hemmings and bought it sight unseen from its owner in California. Because they all have to have names, we call it Tan Landy.”

Brian and Kathy took over the one store on Swan’s Island, ME, in 2014. The Island Market & Supply provides mail, freight, and provisions to residents of Swan’s Island and Frenchboro. “We bring the US mail, FedEx, UPS, and everything else from the mainland to Swan’s Island and Frenchboro.” Brian continued. “Tan Landy meets our delivery van at the ferry and from there, loaded with the mail, parcels, and groceries destined for Frenchboro, she’ll transport me across the island to the Fisherman’s Co-op where we’ll load our mailboat, Northern Star, a repurposed pilot boat for our trip to Frenchboro. This repeats six days a week, year-round.”

We’re pleased that JLR held its Destination Defender event, but Brian and Kathy could not attend with Tan Landy. To paraphrase Top Gear’s Richard Hammond, their Land Rover was far too busy doing something important, somewhere, for someone.