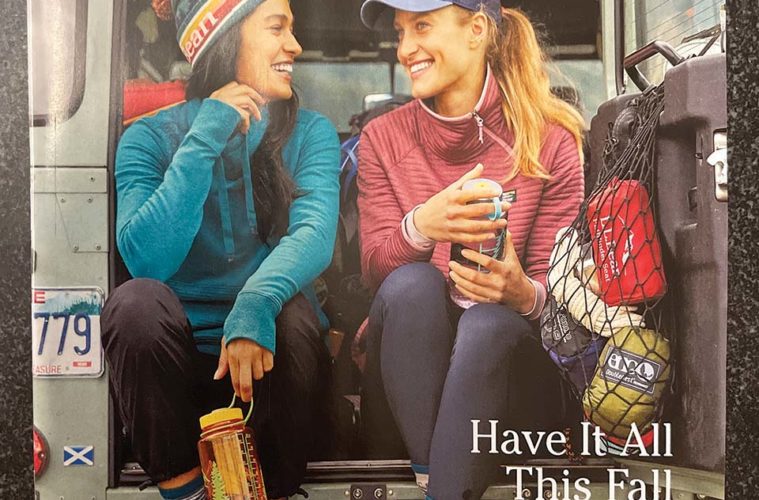 The chimney has been cleaned with the greatest of care, in hopes that Santa Claus will soon be there. Not quite what Clement Moore wrote, but the spirit remains the same. Winter is on its way here in New England, and while your temperatures and precipitation might differ, the days get shorter and the nights get longer. That means more time to search out Land Rovers whose use in media attracts eyeballs and clicks.

As always, it’s useful for novice Sighters and veterans to review the rules of the contest:

Rule #1 — All Sightings receive recognition and our appreciation, but not necessarily a mug. We reward only those Sightings that capture the unique qualities of Land Rovers as well as their owners and display them in a distinctive way.

Rule #5 — Sightings that are Land Rover references in books go to our Literary Land Rover Editor for a mention, but only when space permits.

Rule #7 — Snail mail sightings must be sent to:

Rule #8 — Grudgingly, very grudgingly, the Editor admits he might have made an error. Let us know if you think you’ve been jobbed, but all decisions of the Editor are final.

Magazine articles are often improved when Land Rovers are a part of their stories. Kyle Madigan, Warner, NH, and Tim Glahn, Midlothian, VA, enjoyed an article featuring the subject’s Land Rover in the August ’22 edition of Country Living. Dixon Kenner, Ottawa, ON, couldn’t miss the dog sitting in the passenger seat of a Series IIA in an Atlantic article on canine cognition. David Russ, Lyme, NH, noted that it is very unusual to see photographs in The New Yorker, but the magazine made an exception with its coverage of the death of Queen Elizabeth. Bill Newport, Windsor, CT, noted an overhead shot of a new Defender 110 in an Audubon Magazine article. Tyler Moore, Windham, NH, read an online article from the Nantucket Inquirer and Mirror about the heroic action of a bystander – with a Series Land Rover – rescuing residents of an old hotel during a fire. Tyler also enjoyed receiving a birthday card with a Land Rover on the front!

Movie and television producers love to include Land Rovers in their films. Debbie Mason, Lower Sackville, NS, watched Shark, a 1969 movie featuring Burt Reynolds and a few Series I Land Rovers. Jim Hutchinson, Cambridge, MA, spotted a Defender 110 in an episode of The Terminal List.

David Ducat, Lebanon, CT, spotted a sliver of a Series’ front bumper in a promotion of Matt Hranek’s A Man and His Car, which appeared in the Signals catalog. Charles Payne, W. Bloomfield, MI, spotted the Land Rover 90/110 on the cover of the latest EverEve catalog. Not a sales pitch, but Louis Straney, Santa Fe, NM, enjoyed seeing a shared post on the ROVERS club Facebook page that commended a Florida resident with an “English Jeep” that performed rescues during Hurricane Ian. Tyler Moore, Windham, NH, spotted the front edge of a Range Rover’s hood in an online ad for Alexa; he commended Amazon for its “good taste.” Brian Jones, Raleigh, NC, was surprised to see a Defender 110 in an online ad by Experian touting its auto insurance rates. Larry Lilly, Sinks Grove, WV, bought Firestone tires for his frame-up rebuild and received a Firestone ad poster with a Defender 110 for his garage.

We’ve credited these Sightings in the past, but we want to thank Sighters for sharing them with us. It’s not a surprise that L.L. Bean has returned to posting a Land Rover Defender on the cover of its catalog; Stephen Smith, the CEO, is an avid enthusiast. Dixon Kenner, Ottawa, ON; Warwick Hansel, Salt Lake City, UT and Jim Leach [See Rule #6] loved seeing its return. A Vineyard Vines ad for their King of Prussia, PA, store featured a Series Land Rover, noted Chris Hagman, Glen Mills, PA – also not a surprise as Shepard Murray, the CEO, is a Land Rover enthusiast, too. Brian Jones, Raleigh, NC, and Brendon Mahoney, Fort Bragg, NC, enjoyed seeing a Series IIA reappear on the Huckberry website home page. Kevin Kelly, El Macero, CA, was pleased to catch a Range Rover Classic tailgate on the Peter Millar Crown website. Charles Payne, W. Bloomfield, MI, applauded the return of a Land Rover on the pages of the latest Orvis catalog.