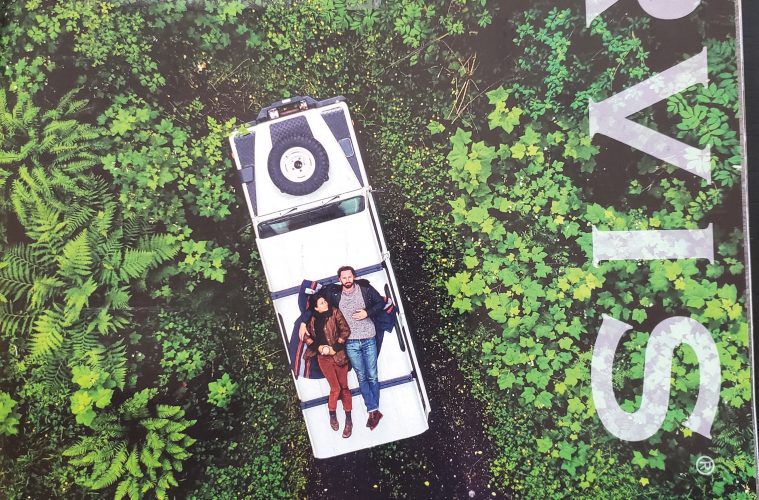 It’s the time of year to stuff firewood in the rear of the Land Rover and clean the chimney in anticipation of the beginning of winter (we certainly want it clean for Santa Claus’ arrival). As we go to press, we know that some readers are scraping ice and shoveling snow; others are applying sunblock. In between, you’ve paused to let us know when you’ve spotted a Land Rover used in the media.

As always, it’s useful to novice Sighters and veterans to review the rules of the contest:
Rule # 1 – All Sightings receive recognition and our appreciation, but not necessarily a mug. We reward only those Sightings that capture the unique qualities of Land Rovers and display them in a distinctive way. 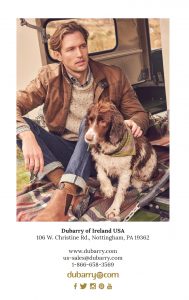 Newspaper and magazine articles that need a refresh often turn to Land Rovers to pull in readers. Brad Berggren, Westport, CT, spotted a Land Rover at work on a British farm in the New York Times International. Brendon Mahoney, Atlanta, GA, noted that a Huckberry post included how to import a Land Rover. Ozair and Zeeshan Faruqui, Beaverton, OR, and Greg Sveska, Monument, CO, noted a Land Rover in a Wall Street Journal article on an African road race. Ozair also enjoyed reading an article in Hagerty featuring a Defender in England. Steve Gransbury, Marblehead, MA, noted the successful locating of a stolen Defender 90 through Redditt in a Leaders Edge magazine. Roben Taglieti, Manor, TX, noted an interesting article in the UK’s Daily Mail on a family fleeing Venezuela. Dawn Birmingham, Airville, PA, spotted the front end of a Series I in the bushes in a New Zealand newspaper. Jeff Bang, Staunton, VA, liked seeing a Discovery on the cover of Petersen’s 4-Wheel & Off-Road in an article on northeastern off-roading. Annette Simpson, Belle Plaine, KS, loved seeing a model in front of a late Series IIA in a store ad in Splurge! magazine. 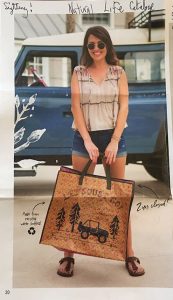 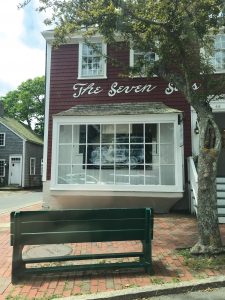 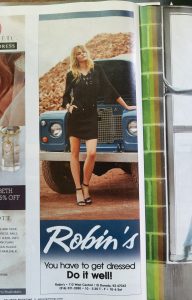 In an unusual Sighting, Ryan Lowe, Ellington, CT, spotted the outline of a Land Rover in the window of the Seven Seas on Nantucket Island, MA. Chaz Manz, Sun Lakes, AZ, found the outline of a Range Rover front-end on a Shell gasoline placard in Green Bay, WI. Thomas Sennett [see Rule #6] spotted the rear of a Defender 110 in a garage while driving in Jersey City, NJ. Rob Wollschlager, Omaha, NE, noted the Range Rover Classic in a Turo app. 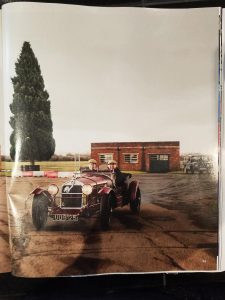 We’ve mentioned these before, but we commend Sighters for their efforts. Keith Barrett, Plainfield, ON, and Kenneth Jones, Santa Anna, CA, noted the many Land Rovers in the latest Mission Impossible movie. Greg Coffman, Coshocton, OH, noted the Defender on the Valero gas pump while driving to New York. Adam Setliff, Flower Mound, TX, spotted the Defender in the Pelican case on their website. Rob Modica, Tucson, AZ, noted the Defender 90 in television coverage of the Tour de France and the 110 in the Prana catalogue. Steve Varga, Tigard, OR, Jay Williams, Kamas, UT and William Stewart, McMinnville, OR, also enjoyed seeing Land Rovers in the Prana catalogue. Bill Hutchings [see Rule #6] “doesn’t want a mug,” but he loved the cover of the Huckberry catalogue with a Series Land Rover. Tom Richardson, Dallas, TX, noted the fine article on mowing Siberian tigers in the back of a Land Rover. Aubrey Taylor, Raleigh, NC, and David Russell, Snellville, GA, noted that Orvis continues to use Land Rovers in their catalogues.