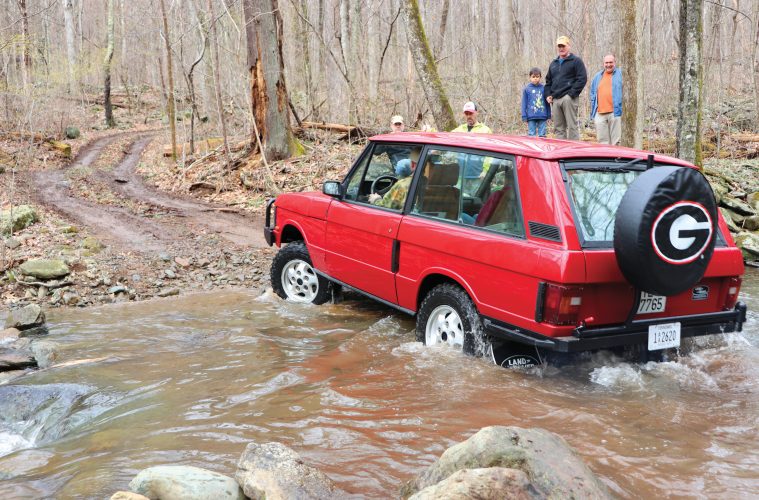 Back to the Land

If you’re a Land Rover enthusiast, at some point, you want to take yours off road.
East Coast enthusiasts face a constant challenge of access to land. Some national parks and forests, such as North Carolina’s Uwharrie National Forest and Florida’s Point Washington State Park offer access to trails -as do some other state/municipal forests and parks – but they often come with frustrating restrictions (Really – no drones, no alcohol at campsites?). 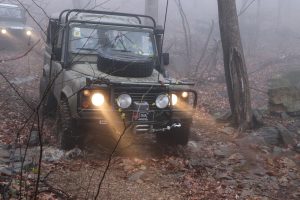 Fortunately, private landowners who enjoy their Land Rovers will often share their land with other enthusiasts. Sam Moore, Pembroke, VA, opens his Wheatland Farm to hundreds for the Rover Owners of Virginia’s Mid Atlantic Rally every fall. On a smaller scale, Bill Cooper, Blairstown, NJ, quietly makes his property near the Delaware Water Gap National Park available for off-road enthusiasts.

A different but equally effective dynamic has kept the Wintergreen Resort in Virginia’s Blue Ridge Mountains, available for the Rover Owners of Virginia – thanks to the careful nurturing of landowners by Michael Boggs, Afton, VA.

Back in the 1970s, Michael’s commercial construction company carved out the roads and trails, as well as many building lots, on the then-new Wintergreen Resort. It has grown to encompass over 11,000 acres, most of which Michael, through his continuous work, knows intimately. While the ownership of the resort has changed over the decades, Michael has maintained good relations with all the owner groups. 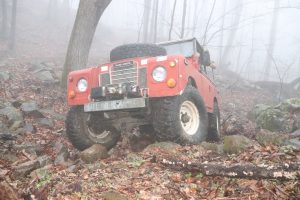 When, in 2013, the Rover Owners of Virginia needed a larger location for their annual spring event, Michael proposed that Wintergreen permit the club to run the trails and fire roads after the close of the ski season. The result has been an event that’s grown from 30 – 40 vehicles to over 100 Land Rovers. David Short, the president of ROAV, said, “We were struggling as a club to find a predictable location for our Spring event and Michael made it happen.”

Adam Check, Bolton, MA, trailered his ’72 Series III to Virginia in a convoy with Rovers North’s Zack Griswold. “This year was my first-ever Wintergreen,” Adam said, ”and I was really amazed at the superb organization. It’s like no other Rover event I had attended over the past 20 years. The levels of hospitality and friendship in Virginia were terrific!”

The weather was, at best, “clement” for the event. Fog shrouded the mountaintop resort every morning and, along with regular drizzles, kept the trails slippery and challenging. I rode with Trail Leaders Jeff Bang and Michael Boggs on different runs and witnessed the multiple problems that slick Virginia clay could cause regardless of a vehicle’s kit. The leaders, including David Short and Michael T. Boggs, deserve extra credit for taking on their added responsibilities. 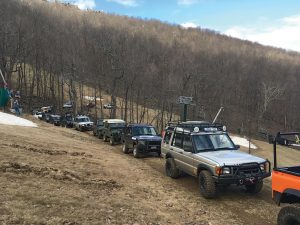 or over 25 years Bruce Fowler, Benton, ME, has opened his land and secured the cooperation of adjacent landowners for off-roading every February for the Maine Winter Romp. He’s never charged a fee and has steadfastly refused any support from sponsors. Indeed, Bruce has determined that a local non-profit should benefit from donations and t-shirt sales during the event; this year’s non-profit was the Waterville Area Habitat for Humanity (SOLAROS in Georgia did much the same at their event last year).

Peter Vollers, Reading, VT, said, “If you’ve been involved in organizing an off-road event, you know the amount of work that never gets seen by participants. Over the years Bruce has hidden the workload quite well, navigating competing interests between landowners, snowmobiles, and town governments.” Mother Nature usually tosses in another stressor – massive snowfalls just before the event over the President’s Day Weekend in February.
Land access has always been a concern but as Peter noted, “Bruce has always been about giving time and energy, not accepting assistance – and he’s been dead set against any hint of personal gain from land purchase. This year, two weeks before the event, an adjacent property owner announced he wanted to sell 160 acres, 90% of which provided trails for Winter Romp trails. 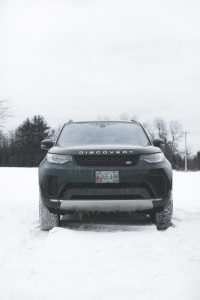 Bruce Fowler remembered that Peter had suggested a group purchase of the land, but I was dead set against it. I have never wanted to ask anyone at the event for any money.” Peter created a GoFundMe page and in a short time, raised $42,000 from over 100 donors to purchase the land. “All the donors know that we’re not technically the owners ourselves, but we dug deep and created a gift to the Winter Romp.”

Summing it up, Bruce said, “This will make the Romp sustainable for the future.” The results were immediate; for the first time, volunteers were able to provide trail signage (frowned upon in past years by concerned landowners) and will be able to work on the trails and during other times of the year. I also want to make the land available to the abutting towns of Benton, Unity, and Clinton.”

119 Land Rovers and hundreds of enthusiasts enjoyed the snow, relative warmth, and entertainment this year, along with a new comfort level as to future access to the existing and new trails. Bruce said “It’s cast in stone that the event will continue along indefinitely. Everyone who participates now has a piece of remote land to use at their leisure.

Adam Check also attended the Maine Winter Romp and said, “The thing I like most is the camaraderie, the people you see but once a year. Rebecca, my wife, came this year, her first Romp in a while. The snow conditions were nice this year, just the right amount so as to have fun but not bog down badly.” 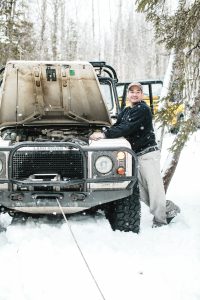 The tireless energy and commitment of the many volunteers behind April’s Rovers at Wintergreen and February’s Maine Winter Romp make the events memorable experiences, but it’s the relationships forged by the organizers with landowners that make the events possible. License plates indicated that enthusiasts often drove many hundreds of miles to attend; many participants were novices whose grins demonstrated their enjoyment.

Kraig Mackett, Perrysburg, OH, said the value of a Land Rover event “is much more than the Land Rover itself. The enthusiasts transcend age or backgrounds. Land Rover enthusiasts are an eclectic, crazy group. You could not make up their stories if you tried! And I get to connect with my kids in a manner that I could not have imagined – and that only an off-road event like this makes possible.”