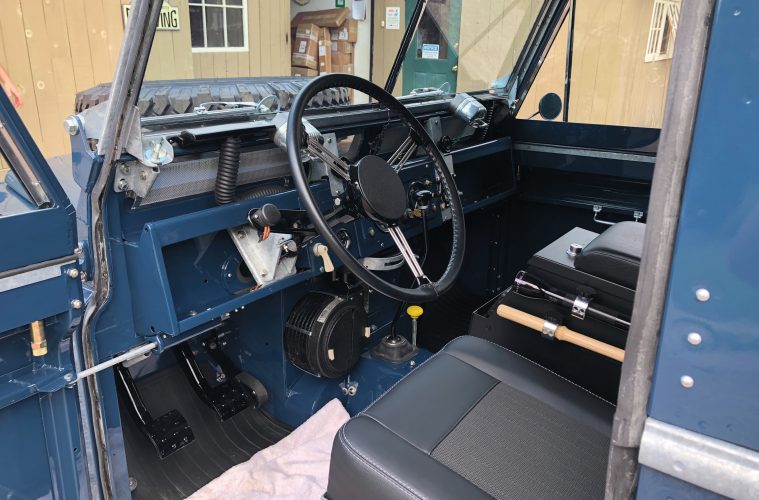 Behind the Steering Wheel: Spring 2019

Spring brought me the chance to get behind the steering wheel and drive a range of Land Rovers. The second-generation Range Rover Evoque offered the most refined driving experience. Whether on-road or off-road, the Evoque demonstrated that the laws of physics favor smaller vehicles in terms of handling and roadability. Of course, it doesn’t hurt that the electronic wizardry built into the Evoque can also create amazing driving on any terrain.

Not long afterward, David Short, the president of the Rover Owners of Virginia, offered me the chance to drive his 2-year-old Discovery Sport while he led the convoy to Rovers at Wintergreen, with his Stage One. Yes, the Discovery Sport handled the highways and the twisty roads with aplomb and proved exceedingly comfortable, but my favorite drives of the weekend were in David’s RHD Stage One and Mike McCaig’s ’69 Bugeye Series IIA. 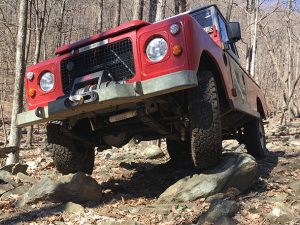 The newest Land Rovers come equipped with features meant to enhance the driving experience, on-road and off-road. Most of these features involve electricity; I come from the school that would far rather complete a valve job than touch a fuse. I accept electricity in my cellphone, tablet, and laptop. I prefer my vehicles to have as little electrical needs as possible. My Series IIA has three fuses — and one is a spare. That’s enough for me.

In my Series IIA, “technology” refers to the plastic tubes built into the sliding window units to expel water. In my Discovery I, it means the circuit boards that enable the door locks, a primitive alarm system, and electric windows. Obviously, it means something far more complex and integrated into new Land Rovers — but is it better?

Dr. Vatsal Thakkar, a clinical assistant professor at the NYU Medical School, reflected on technology and driving in an opinion piece in the New York Times last March. There, he noted that while driving his wife’s car, he found himself backing out of a driveway not looking through the rear window, not looking at the dashboard screen, but just waiting for sensors to beep at him in the case of an obstacle — say, like a child. The problem he confronted was that his wife’s car, slightly older than his, didn’t even have auditory sensors. 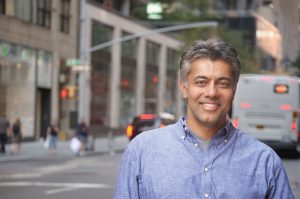 “I had become so reliant on the technology that I stopped paying attention, a problem with potentially dangerous consequences,” he wrote.

“The human brain is impeccable in its ability to filter out extraneous information. During normal driving, our brains are in a near-constant state of vigilance. But let someone or something else to do the driving for us and this vigilance easily fades.”

“The brain is beyond complex in its ability to reprioritize salient data inputs from multiple sources. If one input becomes less relevant, our cognitive systems shift their attention to the next most relevant one (which these days is generally our mobile devices.)”

Dr. Thakkar extolled the one feature offered on some cars that would increase vigilance while driving — the manual transmission. A car with a stick shift requires the use of all four limbs, especially in the city or suburban driving. It’s much harder to eat or text while driving while shifting, steering and moving your feet from pedal to pedal. As he concludes, “maybe the answer for our attentional voids might be less technology, not more.”

Okay, he received his MD from the University of Tennessee Medical Center in Memphis, but should I get a second opinion? The answer came after a phone interview — he’s a serious car guy who keeps and maintains his vehicles for a long time, and who’s still searching for the Defender that slipped by him in 2002. 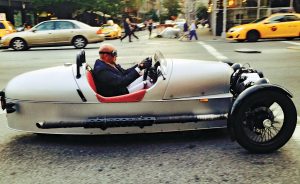 “I came to my conclusion about manual transmissions when I injured my left rotator cuff skiing five years ago. I was experiencing a lot of pain, especially as I had to use my right arm for shifting. I had to use my left arm for steering. I thought, ‘This sucks,’ as I’d like to rest my left arm — but then I realized that this was great physical therapy.”

“Now I’m not a neuroscientist, but when recovering from a back injury, I realized that steering, shifting and manipulating pedals helped with my core strength — after all, I’m doing all this while in the seated position. My posture when driving an automatic is completely different — I’m slumping in the seat and flopping my arms anywhere.”

Yes, a manual transmission — just what the doctor ordered for core strength, increased cognitive capacity and perfect posture. Maybe I should create an infomercial touting the benefits of a stick shift.

It would be ironic if the ultimate Land Rover, the new Defender, came only as an automatic transmission. Almost as ironic as discovering that the founder of the Human Driving Association — the organization resisting the push for driverless cars — works for a self-driving automotive company. That’s the ironic situation confronting Alex Roy.

He founded his association on the belief that “driving is not about speed. It’s about freedom. It’s about choice. Car in the garage. Keys in hand. Hands-on shell. We choose where we go and when we go, and we choose how to get there… The perfect car of the future isn’t one without a steering wheel. The perfect car of the future is self-driving when if an when we choose to take the wheel — won’t let us harm anyone else.” 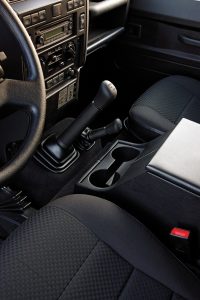 In a phone interview, he told me “I drive a Morgan Three-Wheeler, a car with no driving assistance at all. It’s work to drive it, and it’s a responsibility. If I forget that, bad things happen.”

Alex believes in the “catharsis of being in control of a powerful machine. Technical progress should not be intended to isolate us, but to create new opportunities for us. Take off-roading. It takes skill to traverse certain types of terrain. It’s a very complex task. The type of person who can do this is just who you want driving on-road, too.”

“Automation is not inherently good or bad, but it is perfect for people who are bad at driving and should not be driving at all. I mean, no one wants to crash and die, everyone wants to live. So for people who hate driving, there can be alternatives, like public transportation or even autonomous vehicles. But to suggest that autonomous cars will remove the desire to drive ignores our need for personal autonomy, for the act of driving and the benefits it brings us.”

“The longer I work in the self-driving car industry, the more I know that people will want to drive themselves.”

So I appreciate that Land Rover builds in the technology that adds safety, and as a side benefit, improves the vehicle’s capabilities. I just want it to enhance, not overtake, my time behind the steering wheel. Oh, and I do want all cars in the future to actually have a steering wheel.

[For more on the Human Driving Association, see The New Yorker, April 30, 2019, or visit www.humandriving.org.]