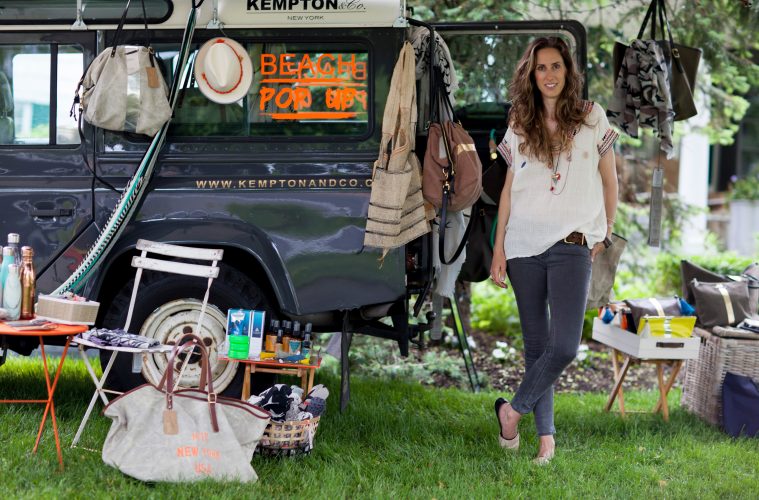 A Scent of England

Fiona Kempton, Locust Valley, NY, grew up in England in the perfect environment to become a Land Rover enthusiast.

Early promotion for Series Land Rovers promoted them as farm workhorses that could also “take you into the city.” Their towing ability drew the attention of equestrians, and adverts in Country Life suggested that the Land Rover was the ideal vehicle from which to watch the races, as well as work them. 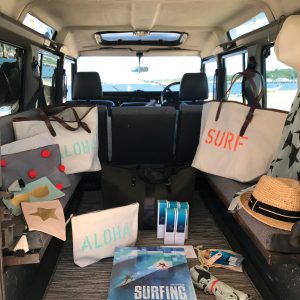 Her father, John Kempton, gained fame as a trainer of steeplechase horses when, at the 1967 Grand National, his horse, Foinavon, slipped through an unbelievable 29-horse pileup at one jump and galloped to victory — despite the 100-1 odds against it. Nothing like it has occurred in the steeplechase world since; a jump at Aintree is named for Foinavon and there’s even a commemorative plaque on the lodge near his old training stable. John’s surprising fame enabled him to move about between stables in the Devon region.

When he found scuba diving more intriguing, he sold his stables and opened a dive shop named “Surf and Turf” [Ah, British humor -ed.] Fiona marveled at her father’s multiple occupations and entrepreneurial spirit. While in school in Devon, she emulated him by creating bean bags and pencil bags to sell to her teachers and classmates. By the time she was 12, she was selling her creations on consignment.

She went on to graduate from Kingston University, in Kingston-On-Thames, in 2000, moved to New York City, and began designing handbags and other accessory items for GAP and other well-known American brands. “When I left corporate America, I worked at a startup. At a party, I mentioned my interests to a friend, who was an actress appearing as a presenter on QVC. I showed her a handbag/laptop case and the brand grew from there.” 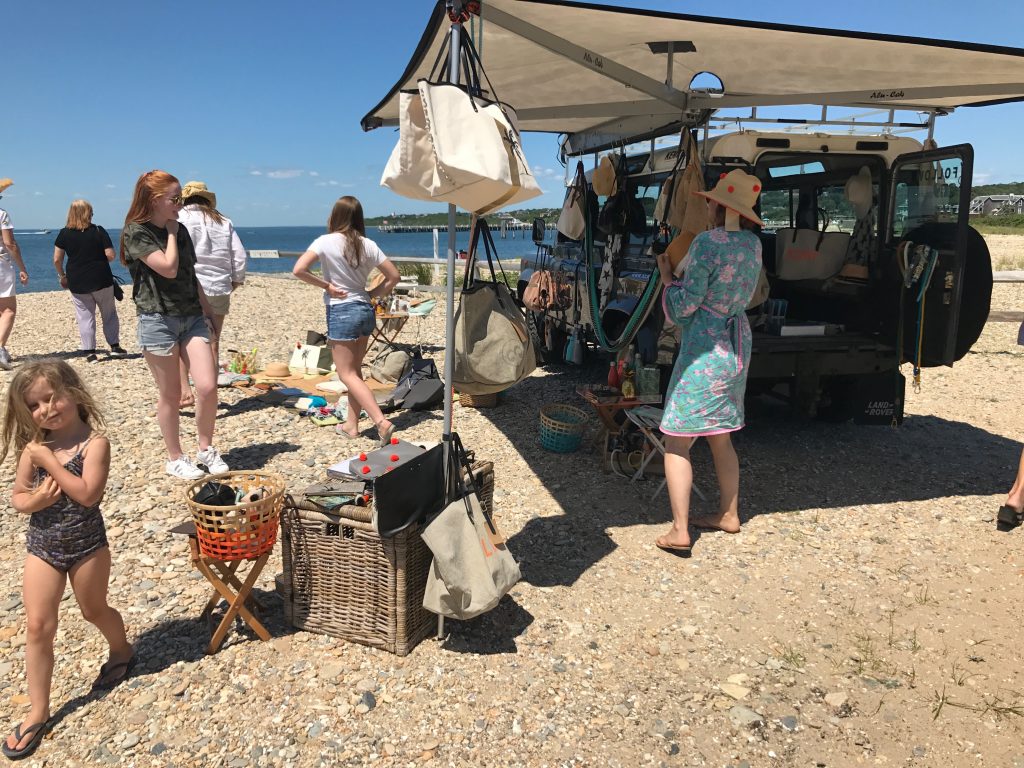 Fiona sought to recreate the feel, texture, scents and other sensations from her childhood around riding stables, (“My father was always dressed in the same tweeds,”) old sailboats and of course, Land Rovers. “When I’ve gone on safari, I’ve taken photos of the Land Rovers more than the wildlife,” she confessed. In 2009, she founded Kempton & Company, now located in the Red Hook neighborhood of Brooklyn, in order to design and manufacture carryall’s, duffels, bags and odd accessories that reflect her past.

“I started designing and making bags in a loft at my house. I then moved the ‘factory’ into a store, and then to our Red Hook location. Sadly, it’s hard for me to find artisans to construct the bags here, and I much prefer life as a designer than as a factory manager.”

Fiona has established a manufacturing site in Kenya. That’s where an annual 4×4 off-road event called “The Rhino Charge” raises funds for rhinoceros preservation projects — and Fiona has visions of competing one year. “I learned how to play polo in Zambia, where I came across their “Elephant Charge” off-road rally to raise funds for animal conservation.”

Her participation in polo matches will take her to the Hamptons and Bethpage, Long Island, and Greenwich, CT, this late summer and fall. What would go better at a polo event than a Land Rover? 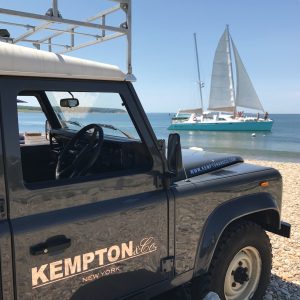 Fiona knew she needed to find a Land Rover to promote her work and link it with her British upbringing. At an interview at her Red Hook store, she reflected, “I grew up going to boarding school in a Land Rover, riding in the back tub. People in Devon use them as a workhorse.” She set her father, John, to work to source one for her.

He found a 1988 Land Rover 110 in the north of England. “I have to haul a lot of stuff,” she said, “and I wanted it to be a walking billboard. I didn’t realize how much attention it would draw, but it attracts guys like flies at a beach! It is so cool to have our brand reflected through a Land Rover as they have been so much a part of my life.”

Her husband, Idriss Dafaa, and Fiona have also purchased an ’09 Range Rover “because it hauls so much stuff and it means I don’t have to take the 110 out on salted roads in the winter.” There’s a third Land Rover on the way, an ’89 Land Rover 90 200 Tdi, that will be painted Hunter Green. It, too, will serve as an entertaining promotional vehicle for the company. “Our daughter, Eve, age 6, absolutely loves the Land Rovers; she’s always asking, ‘Can I sit sideways in the car?!’”

A walk through the remarkable goods offered at her store helped me understand the lure of her English past in creating a wide range of products. For men, there’s a collection of intriguing leather pocket notebooks with titles such as “Remember What Not to Do, Vol. XIII” and “Things I Have Seen From a Train.” There are also sailing gloves and auto racing gloves. There are duffels of distressed sailcloth, and for all I know, old Land Rover seat upholstery or worn horse blankets — all carry texture and the scent of England. Look for the Land Rover 110 and pop up displays around New York this summer.