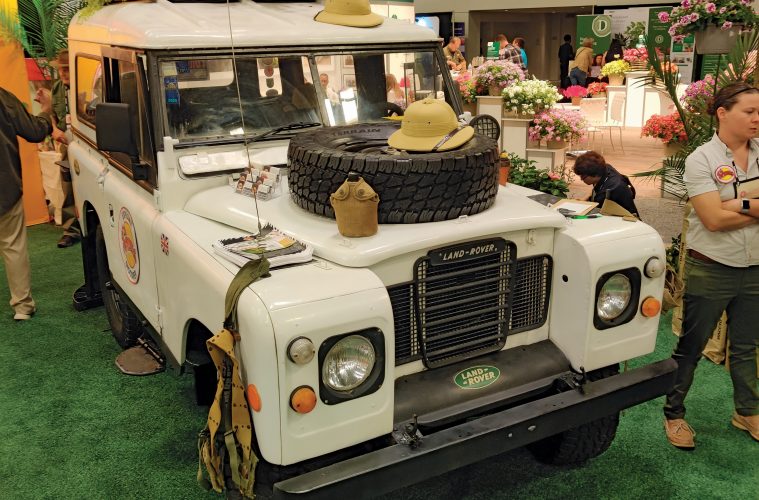 Letters to the Editor: Summer 2019 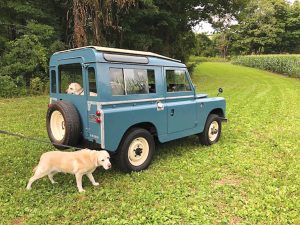 I am sending you this photo of three very important members of our family; the blue one, for the past 25 years or so. I bought our IIA from a gentleman whom I believe to have been its second owner. It came with an owner’s handbook and a hand-typed sales receipt from 1967! Land Rover enthusiasts might be unhappy that we only use it in good weather, but it is a joy and I think the dogs enjoy it as much as we do. I am always surprised at how many people want to ask us questions about it at stop lights.

[No wonder your dogs like it! It is a superb example of a Series IIA -ed.] 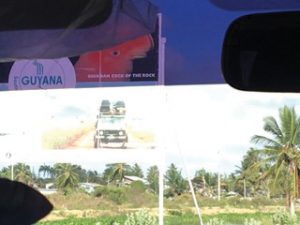 I was in Georgetown, Guyana, in early April volunteering at the Public Hospital. I took this photo of a billboard near where I was staying. Great people, great country and lots of Land Rovers!

[The range of volunteer work undertaken by the Land Rover community never fails to amaze us. Thanks for sharing a small part of your experience -ed.] 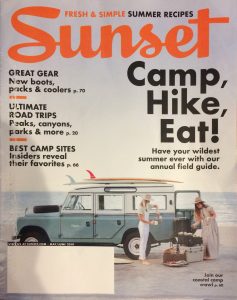 Obviously, these ladies know how to spend a day at the beach! I think this is an Oregon truck; seems like I saw it at the All British Car Meet in Portland.

[We are constantly delighted with the closeness of the Land Rover community. It certainly wanted us to buy a copy of that issue! -ed.] 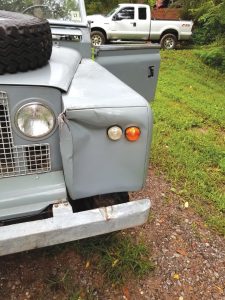 My Series IIA suffered damage after a fellow in a pickup truck backed into it. “Do you want us to each fix our own,” he asked? Ah, no, actually (Can’t blame him for asking, I suppose). So, do I need to bring it to a panel beater, or can Rovers North provide the entire wing?

[Zack Griswold and Eric Brennan at Rovers North checked on this for you. The outer wing for a Series IIA is available, but sadly, the top, front and inner panels are NLA at this time. We’ll keep searching for a source of those parts -ed.]

Cultivate ’19 is the premier North American Horticultural meeting, organized annually by AmericanHort, this July in Columbus, OH. How nice to see this 1981 Series III on the Grimes Horticulture stand on the trade show floor!

[Having a Series III as the center of the display stand would make anyone want to find out more about Grimes Horticulture -ed.] 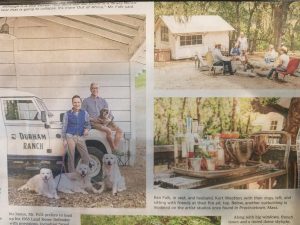 A recent Wall Street Journal story in their “Mansions” section featured an article entitled “Glamour in the Grass.” It told of homeowners glamping on their property as a weekend “get-away.” One family took their Series III along for the stay-cation.

Ozair and Zeeshan Farqui
Beaverton, OR

[We could think of no better way to go camping than with a Land Rover -ed.] 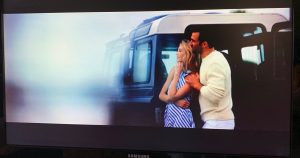 I’m primed to notice cars that look like my Elsa (1986 Land Rover 90, Stratos Blue). Lo-and-behold, I spotted the literal tail end of one with a nice couple posed — while the TV show Bridezillas was on a commercial break. I’m sure it’s not mug-worthy; nevertheless, seeing a Defender that resembles mine in the midst of Bridezillas made me smile.