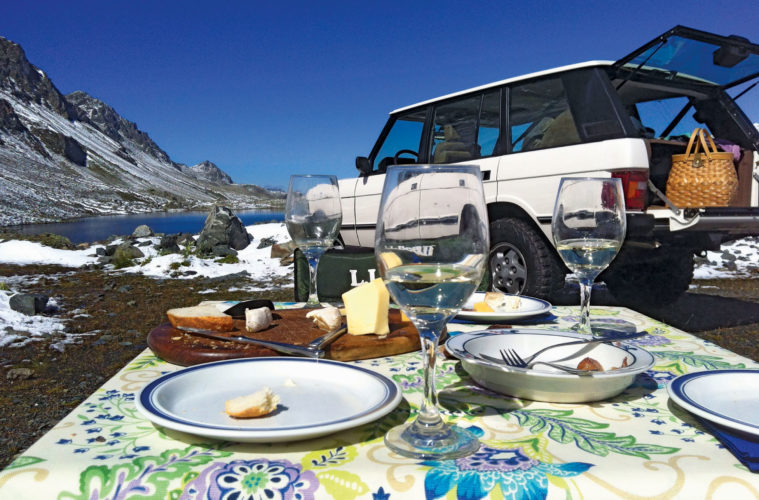 Now that we’re in 2020, I thought it would be “fun” to make an inventory of the Land Rover fixes I completed in 2019. Mine is a ’60 Series II 109” three-door. It’s my daily driver, taking me along the Massachusetts Turnpike twice a day, as well as hauling supplies and materials anywhere I need them. In 2019, I put about 5,000 miles on the odometer. The biggest repair after 15 years of ownership was a rebuild of the 5-bearing engine that came with the Rover. Next came replacing the leaking fuel tank, gear shift lever after it snapped off, a left rear directional bulb and a front right parking light, a wiper motor, and a rear hub seal leak. 2020 has seen the replacement of the duff starter with a high torque one and a broken rear axle shaft. Thanks to Rovers North for all the help.

Please pass along to Zack Griswold and the entire Rovers North team how great they are doing during this time! My recent order during these trying times was processed, delivered and supported really well. Part of Rovers North is packaging. No doubt, the associated shipping costs can seem high, yet as a customer, it is a great feeling opening a solid box with proper packaging inside and out — let alone, the great feeling with what is inside!

[Thank you for letting Rovers North work with you on your Range Rover Classic and Discovery I -ed.]

As I have been in isolation at home working on my Land Rover and cleaning the house, I found this newspaper clipping that I saved from the Cleveland Plain Dealer when I was 15-years-old. My mother had picked up her ’95 Range Rover LWB from the dealership the previous spring and I became obsessed with Defenders after seeing one in the showroom. I saved this article because I had a dream to own a Defender and attend your driving school. One of those dreams has come true and I certainly appreciate Rovers North’s help in maintaining my Defender.

[Congratulations on reaching one goal — we hope that there’s a Land Rover Experience Owner’s Day in your future! -ed.]

I wanted to take a minute and let you know how much I have enjoyed working with Nick Cota over the past two years. I purchased an ’83 Land Rover 90 and have been working with British Unlimited to rebuild it. As with all builds, this one has been so much fun with many challenges. Nick has always been exceedingly kind and helpful to me. This vehicle is the first that I have attempted to restore and Nick has taken his time answering my questions and guiding me through options. The rest of your team has been equally helpful. I appreciate the level of service your company provides and also the work you have done in creating such a pleasant culture. As a business and life coach (though now at graduate school), I just wanted to express my gratitude for Nick, specifically, and your team overall; your company has not only served my build’s needs but also has exceeded my expectations.

[We’ve shared your compliments with Nick and thank you for taking the time to share your Land Rover experience with us -ed.]

I am such an admirer of Rovers North. I look forward to each and every Rovers Magazine and read it cover to cover — we kind of think of it as Rover candy!  All of those at the Pacific Coast Rover Club (PCRC) also enjoy it. You do a fantastic job.

I’m the secretary of the PCRC and we had hoped to hold our big Rover Rendezvous event on March 14.  There were about 100 people registered, with around 60 or more trucks coming from as far north as Vancouver, BC, and as far south as Northern California. Mark Letorney was kind enough to send us gifts to provide as raffle items. There were about 10 vendors attending, along with classes on recovery equipment and preparing for an Overlanding outing.

Regrettably, the event was canceled at the last minute due to COVID-19 concerns. We’re hoping for the event for the Labor Day weekend (September 5-7), concurrent with the All-British Field Meet. We will of course send you a full report and photos! I hope you’re surviving all of this insanity and hope all is well with the Rovers North family.

Since the day my first son, Miles, was born he has always been a fan of Rovers Magazine, instilled in him by his uncle who also has a great love of Rovers! (If I could afford one I would have one as well!) Miles gets so excited and looks forward to every issue.

[Given his choice of reading material, we predict he is destined for greatness! -ed.]

My husband Jason is obsessed with Land Rover Defenders (he has three, and two Range Rover Classics), and I wanted to give him a copy of the book ICON for his 40th birthday last January. I had the hardest time tracking down a copy of the book, but thanks to you, I was able to make it happen. You are truly the best!