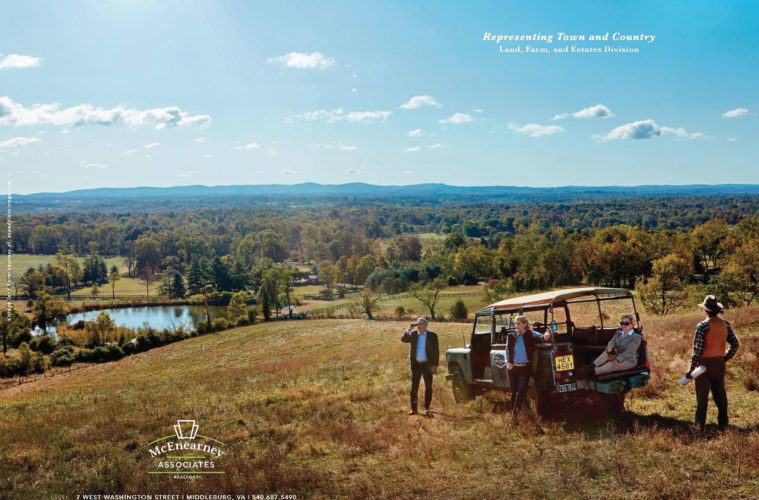 Just two years ago, we wrote that “‘Summertime and the livin’ ain’t easy’” when you’re the Sightings editor. Terabytes are filled (and mail sacks overflowing) with images, videos and links to Land Rover references filling the movies, catalogues and social media of our contemporary world. While you’re lounging on vacation, the Sightings team scrambles to sift through the many entries.”

Well, due to the COVID-19 pandemic, movie producers have postponed openings, retailers have closed and delayed catalogue mailings, and advertisers have reduced their social media output. The Sightings team has gathered — remotely — to confront a much smaller workload. Nevertheless, our intrepid Sighters have shared their findings with us, for which we thank them!

As always, it’s useful to novice Sighters and veterans to review the rules of the contest:

Rule #1 – All Sightings receive recognition and our appreciation, but not necessarily a mug. We reward only those Sightings that capture the unique qualities of Land Rovers and display them in a distinctive way.

Rule #2 – If your Sighting doesn’t really surprise you, it won’t surprise us, either — thus, we can’t award you a mug. We’re delighted, but not surprised, that Land Rovers appear in British television programmes, British publications, films with British themes and shows about African safaris. You shouldn’t be surprised, either, and should consider looking for other ways to get a coffee mug.

We don’t know about you, but we’ve received far fewer catalogs in our mailbox of late. Michael Lendvoyi, Washougal, WA, received his Lands’ End for Men catalog and gleefully noted, “It’s been ages since Lands’ End put a Series Land Rover in their catalog. Funny how subtle they tried to utilize the IIA (just an open back door with their luggage blocking almost everything.” As the owner of two Series IIA 109’s, Michael recognized the rear door opening immediately.

Magazine art directors know that to draw eyeballs, put a Land Rover on the cover. Peter Burrus, Franklin, TN, saw Naomi Watts sitting in a topless Defender on the cover of the July/August issue of Women’s Health.

Advertising may be down in scale, but agencies have not forgotten about the power of a Land Rover to lure consumers. David Dattanasio, Canton, MA, spotted the Defender 90 in a Sunswell Clothing Instagram post. Morgan Aldridge, Winooski, VT, and Peter Hoyle, Yonkers, NY, spotted a young couple looking at — gasp — a map in their Defender 90 SW in a Gas Buddy “app email ad.” Peter also noted a Range Rover in a DJI drone video ad. Charles Joerss, Larchmont, NY, found a J. McGlaughlin Facebook ad with a model perched on the rear floor of a Defender 90. Jim Pitocco, Coventry, RI, spotted a Defender 110 in a social media ad for Canondale bikes. He sought a Covert Mug “to match the one of his co-worker’s.” Martin Kilcourse, Stratford, CT, received a Hari Mari catalogue on the same day as his Rovers Magazine. Not only did Mari Hari put a Defender on the cover, but, “Their sandals are real comfortable to wear in my Defender 90.”

Patrick Parsons, Honolulu, HI, spotted a Shopmoment.com ad for the program, “How To Capture and Edit Next Level Car Photos”. Since the videos are shot in Iceland, they feature a Defender 110. Alfredo, Honolulu, HI, also enjoyed the Series Land Rover at the opening on the Deus Indonesia video Lumbok Surfari. P.T. Schram, Churubusco, IN, also noted the nose of a Range Rover Evoque in the corner of the Page 6 paparazzi site. Ralph Lauren continues to use Series Land Rovers and Defenders in their promotion, noticed Scott Just, Berkley, MI. Curt Kolcun, Leesburg, VA, spotted a Series III in a real estate ad in Loudoun Now online newspaper.

Television series production in the US has been halted, but there’s a host of British programs filling American broadcast and streaming services. Derek Leath, Frontenac, MO, noted, “There are a lot of Rovers in this series,” but he particularly enjoyed the shot of a blue Defender 90 in a faux-showroom. NOTE: What series? P.T. Schram, Churubusco, IN, saw an ad for the 1971 film The Forgotten Man on Direct TV and was pleased to see a “Range Rover variant proudly displayed” early in the commercial.

All Sightings are special, but some are pleasantly unusual. Will Killmer, San Diego, CA, took a cruise this past winter and spotted a Chico’s clothing poster aboard their ship. Jaye Hafner, Charlestown, MA, and her son are interested in refurbishing a camper to tow behind one of their Land Rovers. They found a perfect photo of a Series IIA towing an Airstream in “Camper Rehab,” and are now motivated to proceed. Corey Moore, Windham, NH, found a poster at the Rausch Creek Off Road Park in PA that had a drawing of a Series Lightweight with a tagline, “Jeeps and Convertibles Welcome.” Hmmm….